Phenomenal construction of the epoch of Amir Timur and all times. In the 14th century the Emperor embodied his view of a paradise on earth where he tried to expressed all the wealth, all the skill of the creators of the art of the past, summoned by him from different countries. He created a fairytale-city, on the area which estimated 30 thousand square kilometers. 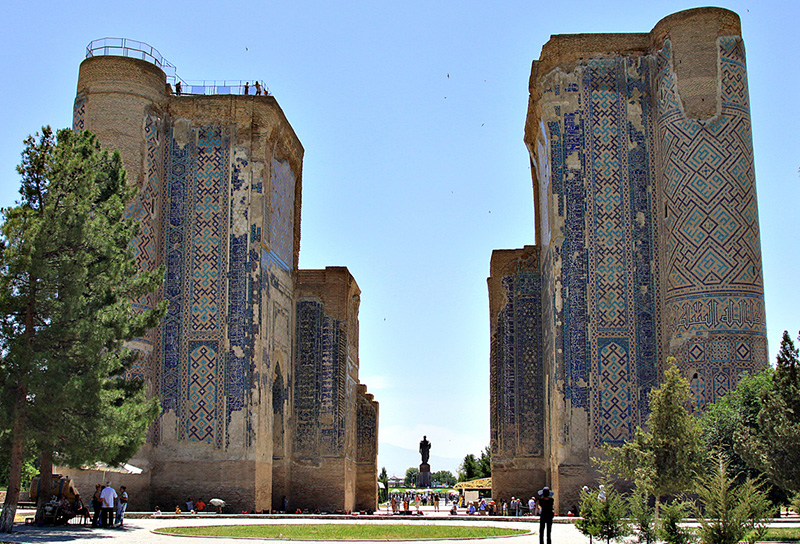 What did Amir Timur create?

A merging of cultures of thousands of talented people occurred in one place. This helped to embody various paintings and ornaments. In addition, new types of patterns, new styles and techniques of craftsmanship were born here. So the masterpiece "Aksaray", which means "White Palace", was created. "White" here symbolizes unconditional power: not only of wealth, but also of mind and strength. The inscription demonstrating this intention can be seen today.

What will tourists see from the height of the historical tower in Shakhrisabz?

Almost all tourists, visiting this ancient and unique place today, admit that its greatness is breathtaking even now. After all, the elevations of the Aksaray seem to hang over the city. You can admire Shakhrisabz, an old fairy-tale city, from the height of one of the "Aksaray" towers. There are beautiful deciduous avenues and a shady park around it. Small hotels and cafes were built on the territory of Aksaray for the convenience of tourists. With the support of the Government of the Republic of Uzbekistan, it was possible to reconstruct the main courtyard of the Palace and build a pavilion where separate fragments from historical buildings are assembled. Here you can carefully observe the gifts of art of that time.

Nowadays, the gates, the entrance tower-pylons, separate ruins from the once luxurious buildings preserved. You can appreciate the interior decoration too: ornaments, inscriptions made with azure and gold.

Note: a trip to this place is interesting to everyone who is interested in genuine ancient places, who appreciate art, who are fond of history, and who are simply curious.

Tours that include Aksaray Palace 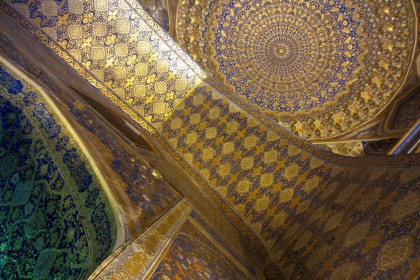