The Museum of the Aral Sea was founded 34 years ago, in far 1984, in one of the Houses of Culture, located in the most remote settlement of Muynak district - Uchsay (the Republic of Karakalpakstan), just a few kilometers from Muynak and its ship graveyard. The founder of the museum was Dr. Eserkepov, who collected numerous exhibits relating to the fate of the Aral Sea and all that is associated with it for many years it. Having collected enough samples, he decided to open a local museum of local lore, which became the most important and very interesting museum in the city of Muynak. 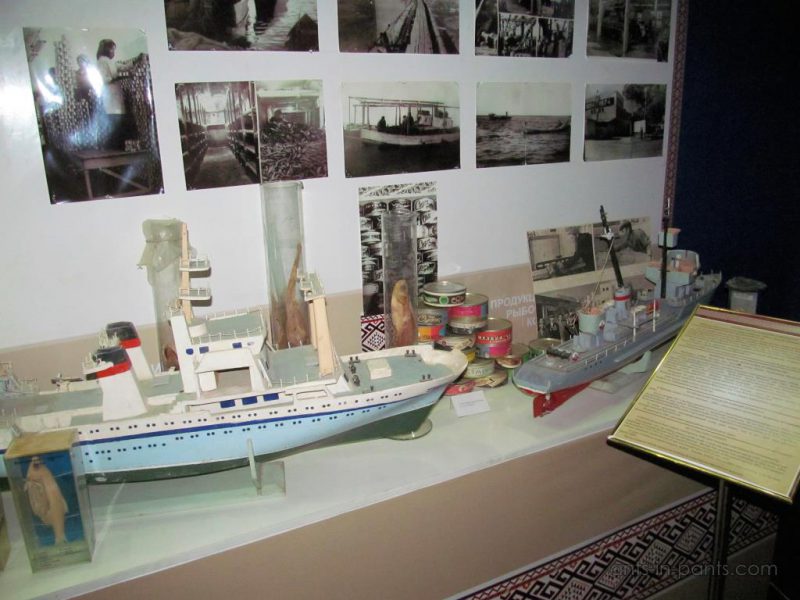 Currently, the museum’s collection represents more than 200 various exhibits that convey the life and history of the Aral Sea, as well as local residents engaged primarily in fishing. In particular, in the collection you can see samples of the flora and fauna of the Aral Sea, various photos on which the Aral is still illustrated in its full glory, canned goods produced at the local fish cannery, as well as household items of local fishermen.

However, perhaps, the main asset of the museum are the colorific canvases - paintings by famous artists Rafael Matevosyan and Faim Madgazin. These talented authors created expressive and appealing pictures, depicting the decline of the Aral Sea.  "The sea is gone" and "The ship in the sand" show how these artists saw the shallowed Aral Sea and managed to illustrate this picture in their paintings. The works of artists represent a large collection, which was exhibited at international exhibitions several times and was highly appreciated.

Some young residents who currently live near the dried up and shallow Aral Sea will not see how big and majestic it was, and only this collection conveys the beauty of the former blue sea, as well as the very process of turning it into a real vast desert. Do not miss the opportunity to visit the Muynak Museum of Local History (The Museum of the Aral Sea) where you can get acquainted with the nature of the Aral Sea and touch the history of its life, see various photos and videos about the tragedy of the Aral Sea.

Tours that include Museum of Aral Sea