Before the Aral catastrophe, there was a port in the Aral Sea area where dozens of ships and boats met each other near the shore, and now this place has turned into a real desert, with saxaul trees growing everywhere. At the bottom of the dried Aral Sea, there are rusty remains of ships and boats, that once floated on the clean blue watery surface, standing in the sun for many years. And the city of Muynak, located on the shores of the Aral Sea and famed at the time as a fish cannery, has now turned into a "ship graveyard" - an empty sandy place strewn with rusty monuments that now remind local people about the blue and stormy sea.

Nevertheless, many tourists, photographers and filmmakers concerned about its fate come to this arid and tragic place to shoot videos and photos. The boats of the Aral Sea look amazingly on the photos against the background of a snow-white salty desert. 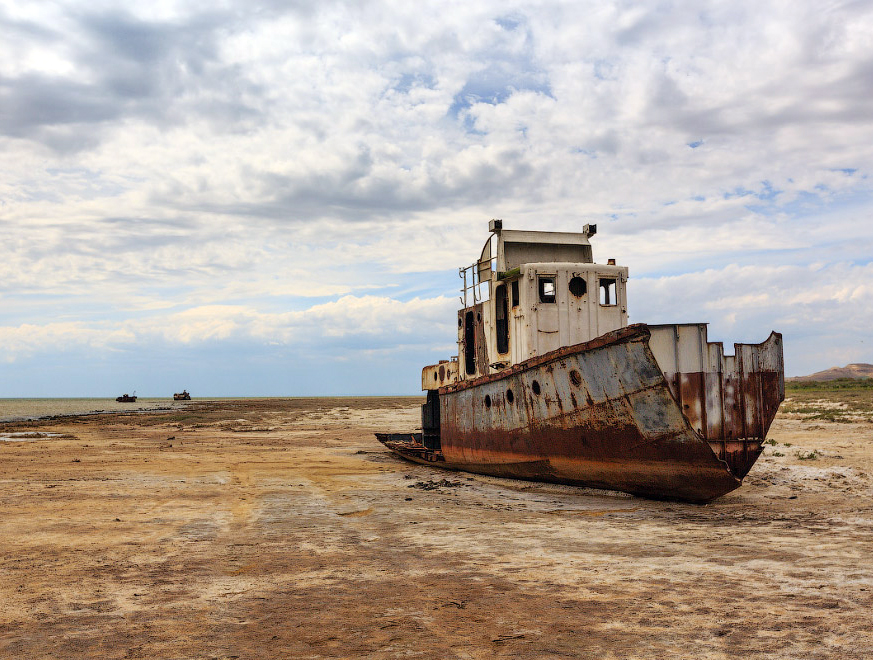 It is still alive!

On the contrary to many opinions, the Aral Sea still exists. Certainly not in its original size, but nevertheless, it is still alive and pleases us with its beauty. And despite the huge decline in water, the Western Aral, located on the territory of Uzbekistan, is already 4 times larger than the size of the famous Dead Sea in Israel, and the salt waters is well known for its therapeutic properties as many tourists say.

There is another interesting place on the shore of the Aral Sea - a small yurt camp called "Aral", consisting of 8 traditional Karakalpak yurts, which can accommodate up to 60 tourists. You can perfectly relax after a long journey in the coastal camp, admire the picturesque nature, the water surface and especially the beautiful evening sunset. Such an unusual and distant from the urban civilization camp is a very popular place among tourists and those who love nature, you can breathe the sea air and listen to the sound of waves.

The road from the nearest major city of Nukus to the sea will be difficult, its length is 150 km, mainly on the newly formed desert Aralkum - the former bottom of the sea. It is a real adventure to visit the "dead city". If you chose a tour with overnight stay in the coastal yurt you will get unforgettable emotions and extreme sensations. Don’t hesitate to bath in the salt sea that is a beneficial to your body.

Tours that include Ship Graveyard