The oldest museum in Central Asia

The Regional Natural History Museum of Karakalpakstan is one of the oldest in Central Asia by its age. It was opened almost 80 years ago. Naturally, the time could not but affect its exposition, which is unique in its kind. 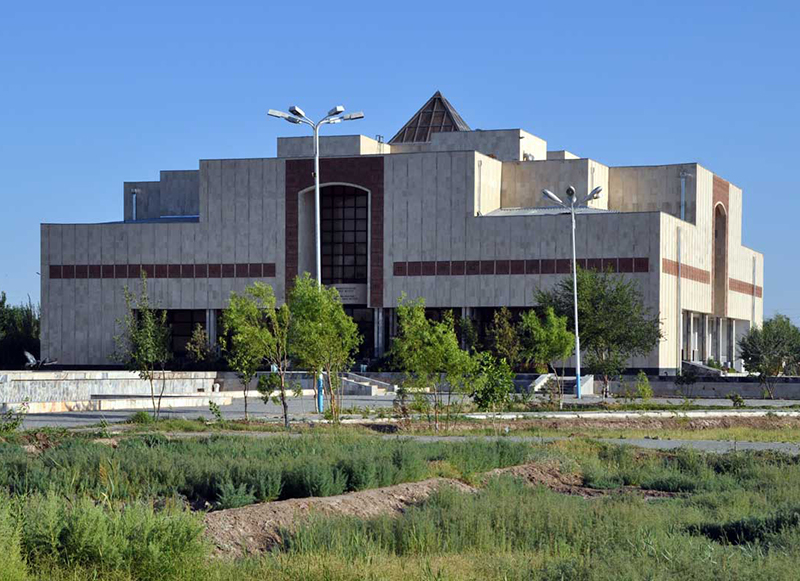 The Museum of Karakalpakstan: history of the past in the present

Nowadays there are almost 57,000 exhibits in the building. Among the most valuable exhibits it is possible to distinguish the effigy of the last Turanian tiger - a mute reminder to the man that the reserves of mother nature are not unlimited.

The museum collection continues to be replenished today. Its intensive expansion is possible due to the excavation and various archaeological findings that are constantly being conducted around Nukus and the region. A considerable contribution to the development of the museum is also made by various universities and academies, the cooperation with which the museum began practically from the first days of its existence.

For convenience of conducting excursions, the building is divided into 21 thematic halls. So, you won’t have to go round the entire exposition, but immediately go to the department that is of the greatest interest to a particular person.

Children, of course, like those halls connected to nature and the environment. Tourists of an older age will be able to visit the halls dedicated to the archeology and ethnography of the country. By the way, in the first of these it is possible to see not only the various findings found in the excavation process, but also the models of ancient cities made by modern scientists.

In the section of folk art, you can admire woven, hand-made carpets, embroidered in national style, musical instruments and even jewelry. However, the most significant exhibit, identifying the life of the people of Karakalpakstan, is the national Karakalpak yurt set up here.