Said Ahmad-Khoja Madrassah is a functioning higher Muslim educational institution located in the city of Margilan. It was founded in the late 19th century, which speaks of its relatively small age (200 years). On the territory of the madrasah there is a working mosque. During the Soviet era, there was a prison in the madrasah. 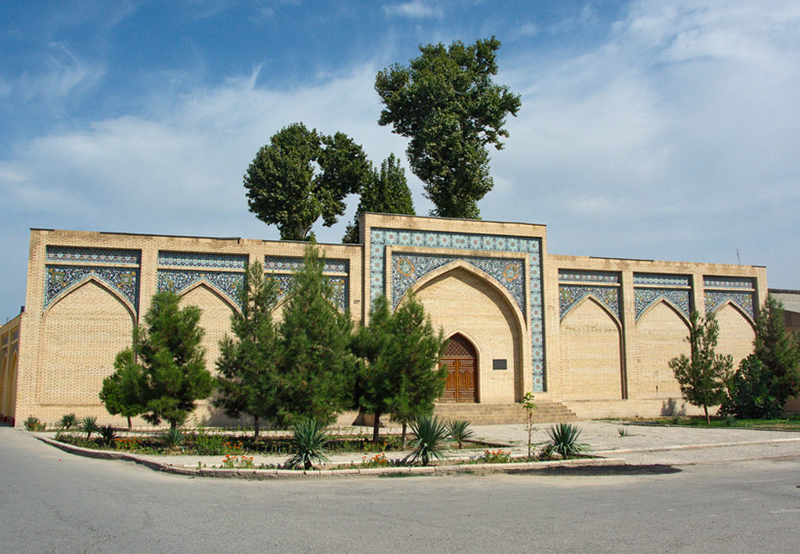 The architecture of the complex

Being a relatively recent building, the madrasah has architectural echoes with the techniques of European masters. The walls of the mosque are constructed from a two-row wooden frame (European style), to strengthen the walls of the mosque during seismic changes, which also increased the interior space of the room.

The architectural complex has a decorated facade with lancet arches forming corners with living rooms (hujras), located along the perimeter of a square courtyard with ancient plane trees and passing aryk. In the north-western part of the complex is a mosque with aivan.

The interior decoration of the mosque is displayed in the ceiling, painted with red and green stripes with a floral pattern. The walls of the mosque are decorated with rectangular panels, framed with carved frames of ganch. The prayer niche (mihrab) is especially singled out.

The modern role of the madrasah

Reconstruction of the complex was carried out in 2007. A broad road adjoined the madrasah, and the whole complex was surrounded by a garden.

26 living buildings (hujras), where pupils of an educational institution lived 200 years ago, operating today as craft workshops too. Since 1992, up to 300 students can study here, both men and women in two shifts. 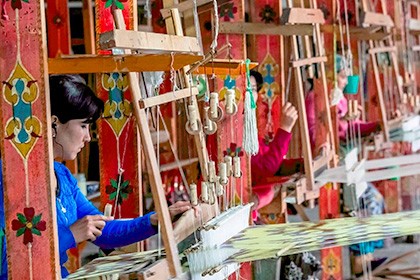 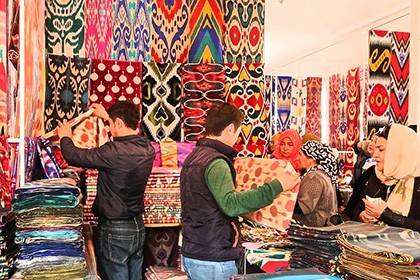