Amir Temur’s Cave: haste and waiting, which turned into victory

The cave of Amir Temur is located near Baysun, and is considered part of the Kashkadarya region. Since the discovery, the cave of Timur attracts a lot of attention, both historians and archaeologists, and just curious. A lot of myths and legends are associated with this place.

One of them says that after one of the lost battles Amir Temur and his soldiers retreated to the mountains. In the evening of the same day they found a hut of a lonely old man. Because of poverty, he could not offer unexpected guests nothing but flour soup.

Naturally, hungry, exhausted by the road, Temur was glad even for such a modest treat. However, without waiting for the soup to cool, he quickly sipped it, and of course – burned his tongue. Noticing this, the owner said: the one who is in a hurry - loses. Temur reflected on his words. After all, he lost the last battle precisely because of haste. He asked the old man what to do in order to win. 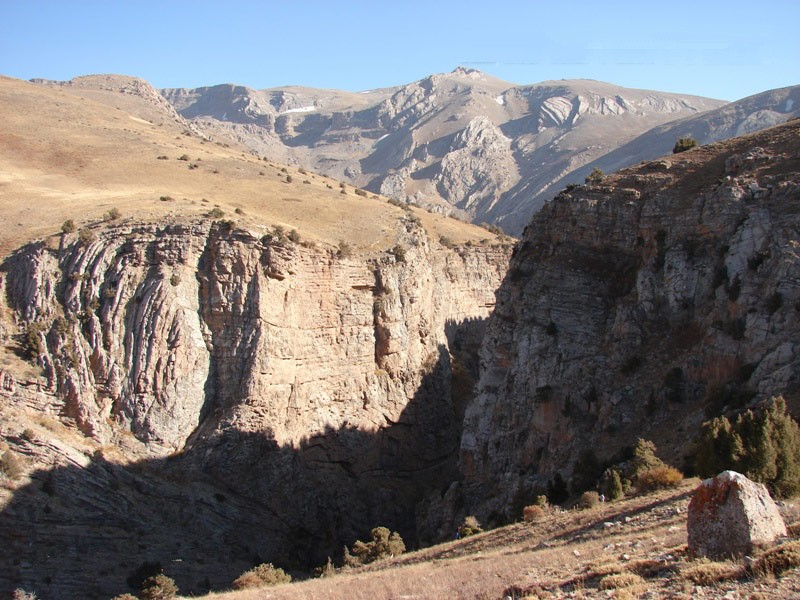 The elder replied that the soldiers did not have enough training. In addition, it was necessary to first take the surrounding villages, and only then - enter into a decisive battle.

Temur listened to the words of the wise man and found a cave in which he began to prepare for the second attack. Preparations lasted for six months.

The mysterious cave of Tamerlane

The cave has a huge entrance. You can approach it from the eastern side of the canyon, located in the western part of the Hissar mountains. However, getting into it is not so easy. To begin with, you will have to descend from a height of 300 m along a steep cliff. The descent leads to the "Lion's Fortress" valley, or, as the locals call it "Kalai Sherkhan". After that - 6 km on foot. And there, 2 giant stalactite caves appear in front of the eyes of tourists.

Since the cave is located in the protected area, many species of wild animals live here and many rare plants grow. In particular, leopards, bears and deer can be met here.

Temur's Cave: What is remarkable?

It is not surprising that thousands of tourists come to the cave every year. Each of them is guided by his own motives. Someone wants to follow in the footsteps of Tamerlane, and someone - to test yourself for strength and try out your one’s mountaineering skills. A lot of people come just to admire the beauty of nature.

Tours that include Amir Temur's Cave