The Kurganzol fortress is located near the city of Baysun. It was built in the beginning of the 4th century BC. It is noteworthy that the place for the erection of this structure was chosen by Alexander the Great himself. It is not surprising that the building itself is almost impregnable, because it is located on a steep cliff. The only side of the fortress, access to which is relatively uncomplicated, is protected by 6 towers. Presumably, there were about fifty soldiers stationed there.

Throughout its existence, the fortress was systematically attacked by northern nomadic tribes, which caused more or less significant damage to it. Therefore, the construction was constantly being repaired and reconstructed.

Some time after the completion of the construction, the fortress was burned. Then it was restored, but soon the incident was repeated. And this time the structure was destroyed almost to the ground, after which it fell into decay. 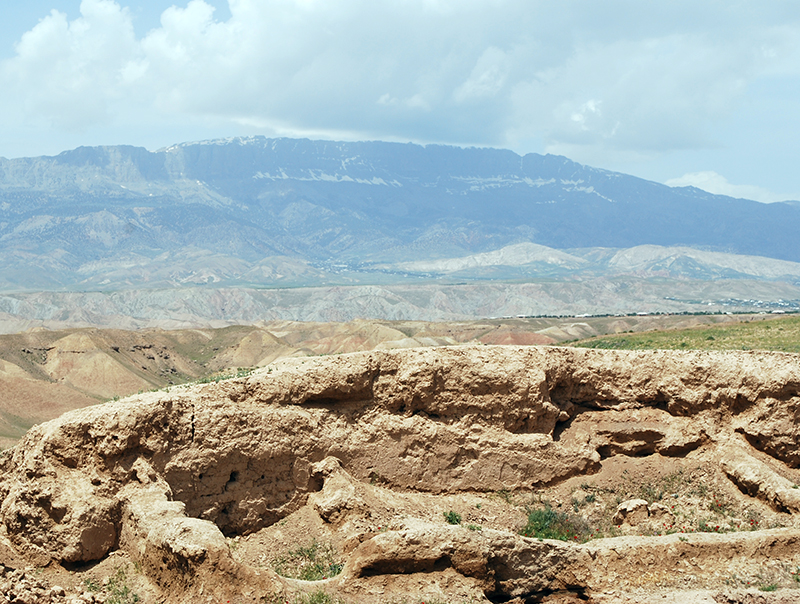 The fortress is relatively small. In addition to defensive structures (towers and embrasures), there are also several rooms for living and household needs. Inside the fortress there is a eservoir for water. So that it does not overflow during the rains, it is equipped with a drain.

It is built of raw brick. The average thickness of the walls is more than 2.5 m. So, despite the relatively modest size, this structure looks very massive and impressive.

The above construction is of great historical value. Therefore, it is only natural that it causes great interest among archaeologists and historians of the whole world. Travelers who are interested in military activities, as well as the life of Alexander the Great in general come here all the time.