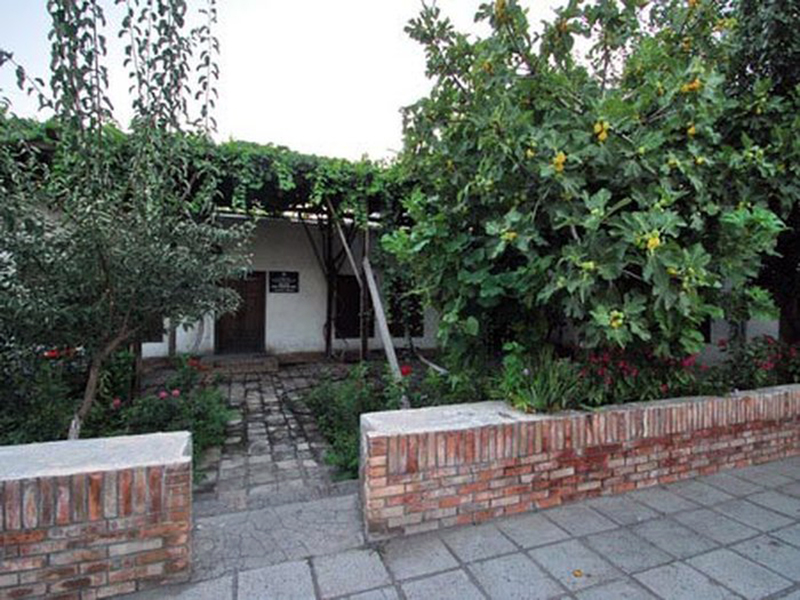 The museum was opened in 1959 in his home, 30 years after the death of an outstanding writer. In this house he lived his whole life and every inch of it is imbued with the creative atmosphere of a poetic personality. In a clean neat courtyard, the mulberry tree grows for more than a century, the flowers grow nearby, and in the center there is a monument to the poet himself with a thoughtful look in the direction of the horizon. In the house there are several rooms that tourists can visit. Among them are the cabinet of the writer, his father (a famous healer), and also the rooms of his mother and sister. In the room of Khamza Khakimzade stands his favorite piano and Uzbek musical instruments, magazines and old records scattered around- everything that was dear to the poet.

It's amazing that the museum that keeps the history of the writer is also an apartment house with a real Uzbek family living in it. In this regard, excursions in this place are considered to be the most interesting, as they introduce not only the poet's work, but also the way of life of a usual Uzbek family, with Uzbek traditions and culture. This place is a real find for those tourists who certainly want to get acquainted with Uzbek culture and values, to touch the eastern identity of the Uzbek people and plunge into the real oriental flavor.