The Narbuta-biy Madrasah is the highest Muslim educational institution of the 18th century, towering on the Chorsu square of the city of Kokand. Being the largest madrasah of Kokand for 200 years (according to contemporaries by the 19th century there were 40 madrassas in the city), it was named after one of the rulers of Kokand, under whose leadership the city experienced a cultural and economic rise. The madrasah was completed in 1799. 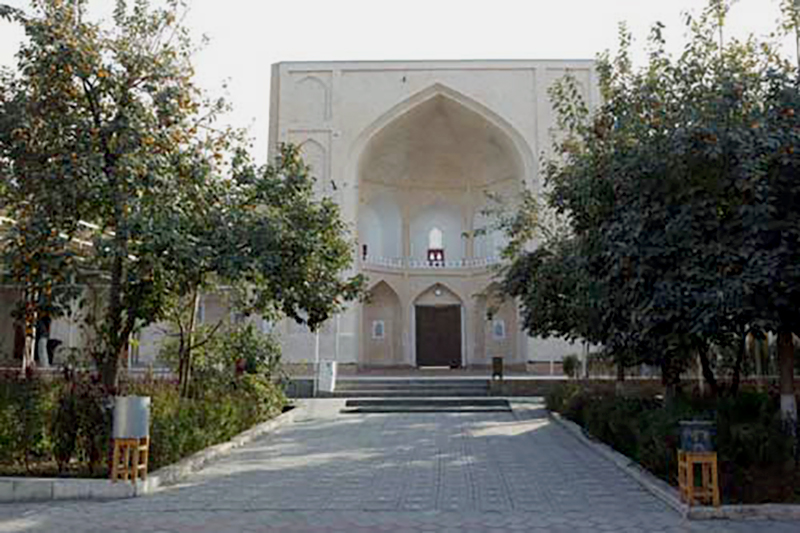 The architecture of the madrasah and its features

On the square of 52x72 meters, which is occupied by the madrasah, there is an entrance, and entering the madrassah you can see the mosque on the left and the educational building (darshana) on the right. A veranda for outdoor activities is located opposite to the entrance on a rectangular courtyard. All the above-mentioned parts of the madrasah are connected to a single complex, by 24 living rooms (hujras) for students in students' madrasas and premises for economic purposes. Few of them have survived to this day.

The simplicity of the construction of such a scale and minimalism is in its decoration, as well as the rigor of the brickwork and the white walls enclosed by the ganch.

The side facades of the educational institution consist of strong walls, forming four corners of the madrasah, in which towers of round shape with lanterns were built. The front facade of the complex, that is, the entrance to the school looks to the north with a high peshtak with carved doors of plant motifs.

The dome mosque of the madrasah is decorated with a stellate pattern of stalactite cornice and is illuminated by 12 windows of pointed form, which are in a high dome.

The second life of the madrasah

After the Republic of Uzbekistan gained independence, the madrasah resumed its existence as an institution of religious knowledge. It already hosts 80 students-theologians studying the Holy Quran, Arabic script and theological sciences.

Tours that include Narbuta-biy Madrasah