Kokand Regional History Museum was opened in 1925 and during 93 years of its work managed to collect an impressive collection of more than 30,000 exhibits. Among them are archaeological finds of primitive Kokand, household items, old books and manuscripts, various dishes, national clothes, paintings, tiled art, painted frescoes and many other exhibits that attract more than 70,000 visitors each year.

The building of the modern museum was once a luxurious palace of the rulers of Kokand, the most famous of which was Khudoyar Khan. The palace was built in 1871 and occupied an area of 4 hectares. In 1876 this territory was conquered by the tsarist troops. Almost fifty years later it was turned into a regional museum of local lore, to tell visitors about the life of the Khanate and its entire population, about ancient history and rapidly developing state events. 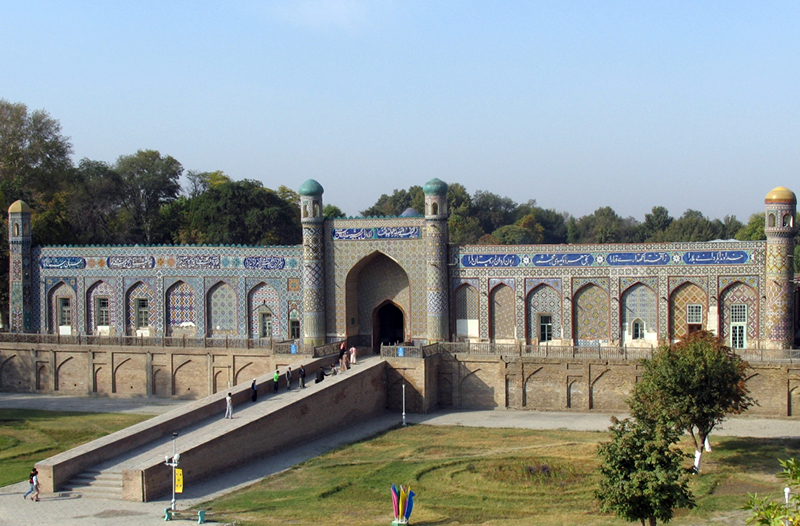 1. After the conquest of the khanate by tsarist Russia, there was an Orthodox church on the territory of the modern museum, and during the Second World War - a military hospital that hosted wounded soldiers.

2. Hermitage of St. Petersburg keeps the original throne of Khudoyar Khan, the last khan of the Kokand Khanate. The throne is made of wood and covered with precious stones.

At present, from the former grand palace only 19 rooms remained of the existing 119, but the entire exposition is so fully represented in them that the atmosphere of the life of the ancient Kokand is beautifully transferred. Visits to the museum are available daily from 9:00 to 18:00 at the city of Kokand, Ferghana region, Istiklol street 2.