Chust is a city in the Namangan region of the Republic of Uzbekistan. Currently it is one of the most ancient cities of the region - its age is already over 3500 years.

How to get there

It is possible to get to Chust by railway or by car coming here from the nearest cities (Namangan and others).

In winter, the air temperature drops to -5 degrees Celsius. In summer it rises up to 35 degrees. It is not too hot for Uzbekistan. The period from April to May, when the temperature ranges between 22-27 degrees is considered the most preferable time for a trip. It is neither too hot, nor too cold. In addition, in spring you can see the city in all its renewed beauty.

What to see in Chust

If possible, it is advisable to visit the museum of Mukhammadsharif Sufizade. Moreover, fans of history will be interested in the House of Battle Glory. Here you can see a rich exposition, consisting of various items related to the period of the Great Patriotic War.

What to do in Chust

In spare time it is recommended to visit the city park. It is possible to just walk here, sit in one of the street cafes, and ride on attractions. A very interesting event called “Bird Day” is also held here in spring. The schoolchildren make statuettes of birds from improvised materials. In addition, many real birds are brought here on this day.

By the way, the famous Muslim saint Mavlun Lutfulloch is buried here. According to the legend, he discovered a spring water from which he obtained a miraculous power.

The above-mentioned spring is located right here - in the park. Of course, every person walking in the park enjoys drinking its water.

Many plane trees that grow in this green zone have long been over 150 years old.

Chust is one of the oldest centers of metal processing in Central Asia. Therefore, the first thing that should definitely be bought while being in Chust is certainly a knife. Chustic knives or pichaks are known all over the world.

Local masters - suzangars put their label on the blade of the finished product. It usually looks like a simple drawing. However, he makes a knife a work of art. Pichaks differ in cost, purpose and even by the metal of manufacture. The best knives are made of dark gray steel with a blue tint.

By the way, knives are grinded also in not quite a standard way. A convex edge of the bottom of the bowl is used for sharpening. Pichaks are sold in the sheaths. When buying such a souvenir, get a certificate that the purchased knife is not a cold steel. Such documents are usually provided in stores. Keep in mind that they are needed only for products which blade is larger than a certain size. So small pichaks can be safely bought from private craftsmen - there won’t be any problems on the border with them.

Chust skullcaps (tyubeteykas) are further in the shopping list. They differ from others by their appearance.

Where to stay in Chust

There are no large hotels here. However, there are enough small guest houses and people wishing to rent a room or apartment. Besides, staying with locals is practiced here - a bed or a room can be rented here easily.

In local cafes you will be offered a full assortment of Uzbek dishes. However, it is a bit problematic to find Russian cuisine here. By the way, the population here is mostly Uzbek. So, without a guide, traveling can be difficult.

It is strongly recommended to try mastava - rice soup, mutton and strongly fried vegetables. In addition, a very special pilaw is cooked here. In general, each region of Uzbekistan has its own recipes of cooking pilaw. 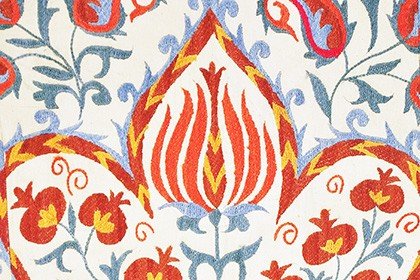