Uzbekistan has long been of interest to researchers around the world. History will tell you about the Spanish traveler of the Middle Ages Clavijo, who as a diplomat was sent to the court of Amir Timur and left a note about his journey and stay in Samarkand. And also about the famous traveler and merchant Ibn Battuta, who traveled through Central Asia and brightly described the local region.

If you are a keen book reader and want to learn about the history of Uzbekistan, about its culture and people, then below are some literary works that will always brighten up your leisure time. After all, you will agree that reading a pleasant book in a relaxed atmosphere is one of the best ways of leisure. 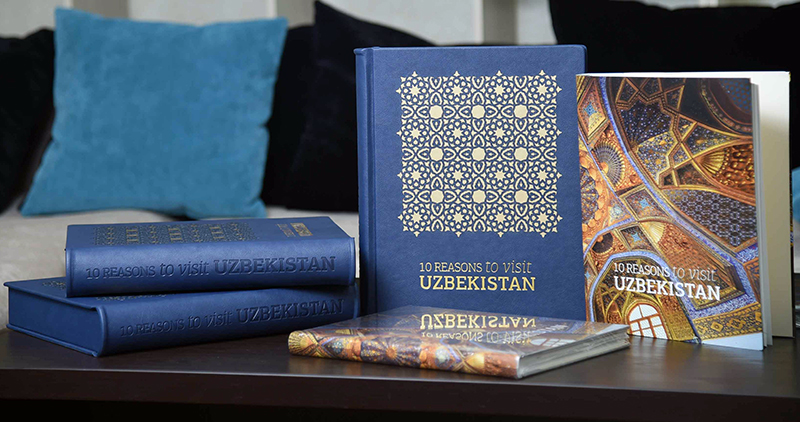 To get acquainted with folk art, the "Alpamish" epic about the hero who fell in love with the beautiful Barchin-oh, is very useful. To some extent - this is an analogue of the Kyrgyz epic about Manas or Russian epics.

The greatest classics who wrote poems in the Turkic language, in spite of the established tradition and stereotype to write in Farsi (Persian), is Alisher Navoi. Among the most famous of his poems is the Great Five (Khamsa), which includes 5 works, each one is distinguished by its amazing depth and meaning. "Farhad and Shirin" will tell you about love that ruins all obstacles on its way, "Leili and Majnun" is an example of a devoted, obsessed and burning love, "Confusion of the righteous" - about hardships and traps on the way to enlightenment and merging with higher ideals, "The Wall of Iskander" - a semi-fantastic story about a fair king, for the prototype of which Alexander (Iskander) the Great was taken, "Seven Planets" - about the spiritual transformation of the despotic king Bahram thanks to his love for the beautiful musician Dilaram.

Among historical literature, the work of Justin Marozzi "Tamerlane. Conqueror of the world" is worth being mentioned. The image revealed and the life of the great commander of the Middle Ages is described in the book without embellishment and without demonization on the basis of historical documents.

The artistic narrative of the events of the conqueror’s life was brilliantly written by S.P. Borodin in the never-dying trilogy "The Stars over Samarkand".

Among the fiction of Uzbekistan there are works of such authors, who have become classics, like: Abdullah Kadiri is an outstanding writer of Uzbekistan. Unfortunately, he fell under the implacable roller of history, grinding down the fate of many of his contemporaries. Two of his main novels – "Past Days" and "Scorpion from the Altar" are devoted to a similar theme - the time of the last khans. It should be noted that the author clearly understood his most important social function as a writer and realized the tasks set up and the responsibility for generations of a new epoch and brilliantly described the people, customs, characters and destinies of that time.

A lot can be learned about the Uzbek life, everyday affairs, people, their difficulties and joys in pre-revolutionary times from the works and memoirs of Uzbek writer Musa Tashmuhamedov (Aybek), published under the title "Childhood". The book tells about the individual stages of the author’s childhood period in a soft, easy, and somewhere - in a humorous way.

The most famous work of Aibek is the novel "Navoi", translated into many languages of the world. Here the great poet of the East appears as a statesman and politician, his literary works are partially mentioned, but the emphasis is made on revealing to the reader his public activities and the impeccable service at the ruler Hussein Baikara and his talent as an organizer. In addition, such works as "The Wind of the Golden Valley", "The Sun Will Not Darken", "The Great Way" are also widely known.

However, the golden library of books about Uzbekistan is represented not only by the works of Uzbek writers. The people, whose destiny due to the circumstance led to this region, fell in love with it with all their heart and found inspiration here. For example, E.E. Berezikov, who created such works as the novel-chronicle "The Great Timur", "Red Bukhara" - about the sunset of the Bukhara emirate and the last days of the Bukhara Emir Said Alimkhan, "Legends and secrets of Uzbekistan", etc.

The name of the writer Yavdat Ilyasov, who is the author of fascinating novels about the times of the ancient history of Central Asia is no less remarkable and well-known. Among them there should be mentioned "Sogdiana", narrating about the fate of the national hero Sogdiana Spitamen, under whose command one of the most fierce resistance of the Greco-Macedonian army was rendered. The novel "The Path of Wrath" is dedicated to the struggle of the Central Asian nomadic peoples - the Saks, Massagets, Jaxartes - with the Persian invaders and the feat of the brave shepherd Chirac. "The Black Widow" tells about the days of the Khorezm kingdom in times of struggle with the forces of Genghis Khan.

A brilliant example of literary thought is the novel-study of L. Saldadze "Avicenna", where in the astoundingly interesting manner we can witness the intersection of two times - the time of the last emir of Bukhara and the time of the life of the great doctor Abu ali Ibn Sina.

In addition, you should pay attention to the recently published photo book "10 reasons to visit Uzbekistan". On three hundred pages of the collector’s edition there are magnificent photographs, on which grandeur, well-known and little-known peculiarities of the Uzbek territory, people, culture and architecture are engraved in an expert manner.

You can buy guidebooks in the bookstore "The Book World" (Knizhnyj Mir), located near the Central Universal Store (TsUM).