During the archaeological excavations about 80 years ago, an ancient settlement of Kirk-kyz-kala and the remaining red stones served as a defensive fortress dates back to I-VI centuries AD were discovered on the territory of Khorezm. According to the legends the red fortress of seven-meter height was defended by 40 girls, so it received its name "Kyrk-kyz-kala", which means "fortress of forty girls".

There are many legends, around this place. According to one of them, the fortress served as a long-awaited haven for 40 Amazonian girls, militant and brave women, who long wandered from their pursuers. According to the other, Gulaim, the brave queen, along with her 40 warrior girls, defended the fortress from attacking invaders and ill-wishers. Anyway, there is a reliable information that there were women who voluntarily served in military having a great desire to protect their city from attacks in the army of the great commander Amir Temur. That is why we have the reason to assume that the fortress "Kirk-kyz" was used for this purpose, and was named after its brave defenders. 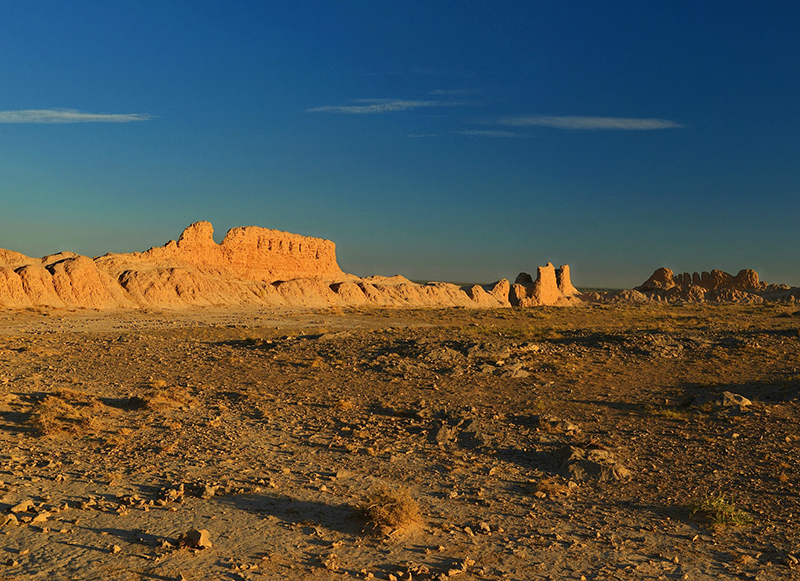 The whole building is made mainly of raw brick with the addition of burnt bricks for the erection of arch structures. The structure was square in shape, and powerful high towers towered along its sides, which served as a good support.

Nowadays, visit to the ancient fortress "Kirk-kyz-kala" is included in many tourist routes, and the red blocks of stones, which have been worn out for many centuries and have survived to our days in their unusual form, are a landmark of the Kyzyl-Ataksay glade.