The latter - inner-part of the city is of most interest to tourists.

According to historical information, the ancient capital of the Khorezm Kingdom was Gurganj (now Kunya-Urgench in Turkmenistan). At the end of the XVI century, when in connection with the change of flow direction of the Amu Darya River city remained without water and because of terrible drought, death threatened to population. The ruler Arab Muhammad Khan decided to move the capital to Khiva. Khiva was at that time an oasis that was a Caravanserai on the large trade route. The name itself -"Hay vac"- belongs to a well, the history of which is related to Shem, the son of legendary Noah. According to the legend the famous exclamation "Hey vak" ("how nice!") was pronounced by Shem when he tasted water from the oasis. Quenching his thirst on a hot day, and dazed with taste of water, Shem ordered to dig the well. The well was dug, and the history of Khiva began with it. 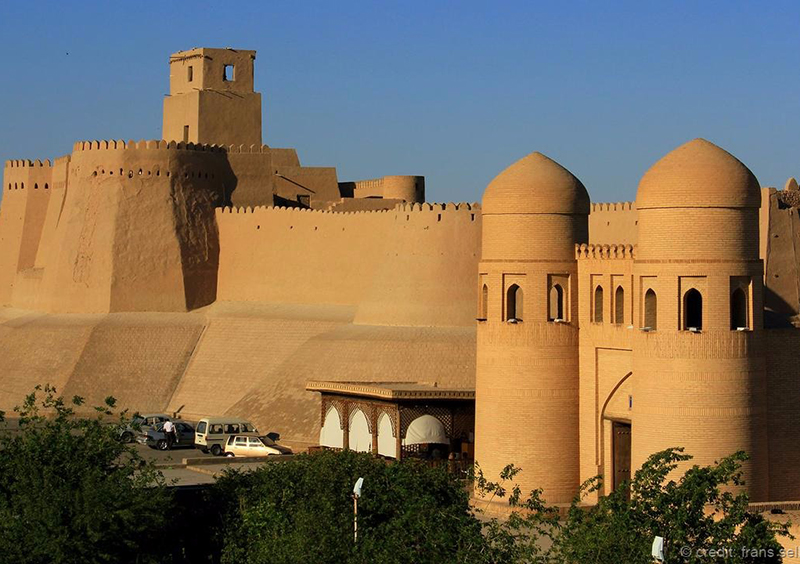 Itchan-Kala's history begins with the period, as Khiva became the new capital. Through troubles and shocks, a new city was built and it was a period of prosperity and power for Khorezm again. Since then, Khiva remains one of the central cities of Khorezm.

Today, Itchan-Kala is the most preserved part of old Khiva. This allowed it to become historical-architectural reserve in 1969; and since 1990, it has been in UNESCO's World Heritage list. A relatively small area of Ichan-Kala has several hundred buildings, among them there are world-famous monuments, epochal for this or that period of the city history. It is necessary to say that Khorezm is interesting because its history is the history of a separate Kingdom with its own culture, customs, and mentality. However, Ichan-Kala, as a part of great history, to this day is permeated by the atmosphere of antiquity, preserving appearance of the Central Asian city of XVIII-XIX centuries.

Tours that include Itchan Kala Fortress