Muhammad Rahim-Khan II of the Kungrats went down in history as one of the most enlightened leaders of the state. He was a competent reformer, one of the pioneers in introducing secular disciplines in the educational process. He encouraged and took part himself in discussions with students, and was a good poet, known under the pseudonym of "Feruz".

In Muhammad Rahim-Khan reign, many new buildings were built but madrasah, built in 1876, known as one of the biggest in Central Asia, became particularly popular. 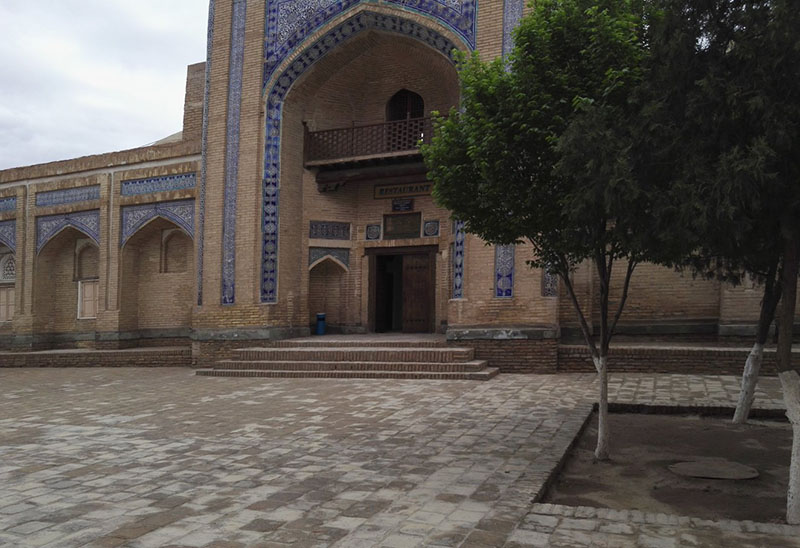 Khan's patronage of representatives of scientific thought and literature turned his reign in one of the most significant periods in the history of Khorezm.

Madrasahs, named after him, showed a new approach to education for that time. Introduction of exact sciences along with religious disciplines, encouraging poetry writing at school laid the foundation for emergence of a new - more modern - type of educated sector of the population. With the assistance of Muhammad Rahim-Khan II book-printing appeared in the state for the first time, which allowed over time to elevate culture to a new level, and the madrasah, preserved in the excellent form, became today a symbol of the prosperous capital of Khorezm at the end of the 19th and early 20th centuries.

Tours that include Muhammad Rahim-khan Madrasah