Nurata is a small, but very popular tourist town, located in the Navoi region. Nowadays, only 30,000 people live there.

According to the legend, people discovered this place while wandered through the desert. Escaping from the heat, thirst and imminent death, the travelers looked for places to hide from the sun. Suddenly they saw light far away and went toward it. When they reached the future city, the light suddenly disappeared. Nomads found the land suitable for living and established a settlement.

How to get to Nurata

In winter, the temperature drops to 0 - -2 degrees. The coldest month is usually January. In summer the air warms up to +28 degrees, and in July it reaches +31.

Spring and autumn here are pleasing because of proximity of the mountains. In spring, the average temperature is 16 degrees, in autumn – 13. This fact is very encouraging for tourists who are struggling with the Central Asian heat.

What to see in Nurata

The first stop along the route is the remains of the Nur (light) fortress. It was built by Alexander the Great.

Juma mosque and the nearby miraculous source are further on your way. According to the legend, it arose on the site of a fallen meteorite. Along with Nur-ota mausoleum, they form the hieratic complex "Chashma"

Namazgokh Mosque was built in the 10th century. The roof of the building is decorated with 25 domes.

Tours that include Nurata 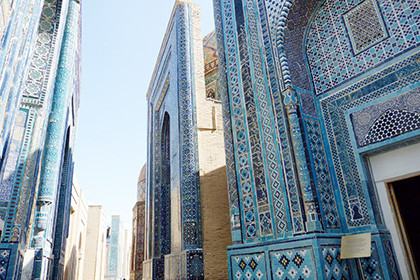 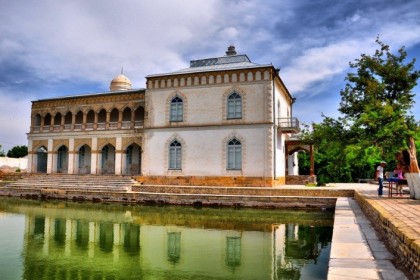 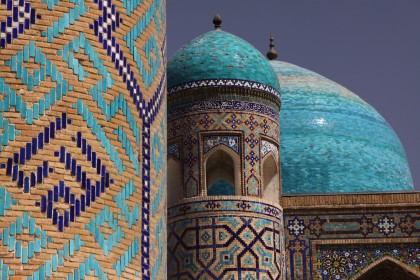 What else to see near Nurata

If you drive 40 km out of the city to Karatau mountains, you can see more than 4000 rock paintings made in the Bronze Age.

Lake Aydarkul is located a little further. It is a popular destination for tourists from all over the world and for Uzbeks as well.

There are several yurt camps not far from the lake. Those who want to experience all the features of life in the desert, should try kumis (fermented camel milk) and ride a camel.

What to buy in Nurata

Since the 19th century, Nurata has been famous for its craftsmen and artistic embroidery pieces. You can buy them at the city bazaar.

Where to stay in Nurata

The most interesting and budget option for stay in this cut off from civilization region is the homes of locals. There are a lot of people who want to rent a room or an annex.

If you want to stay in a hotel, then there is Nur Hotel near Chashma. The prices there are quite affordable.

There is also Ruslan Nurata Guest House in the city. The average cost of a double room in the guest house is $30. You can also bring your pets with you.