Kirk-kiz: a legend about 40 brave girls

The construction of the Kirk-kiz fortress dates from the 9th-10th century. Originally it was constructed to enable the rulers to have a rest here from the heat and noise of the ever-vivacious eastern city. However, many believe that this purpose of the fortress is erroneous. This fortress is supposed to have other purposes. Among other versions, there are those which say that “Kirk-kiz” was used as a full-fledged palace, caravan-sarai, etc. Some people suppose that it was built for a religious and civil purpose. In general, there are plenty of opinions on this issue. Which one should be considered correct – it is up to visitors to choose. Who was the architect of this structure is still a mystery.

There is a legend that when the enemies invaded, the daughter of the ruler and her faithful friends took refuge here and resisted the attack. That is why the fortress got its name “Kirk-Kiz” which means “forty girls”. 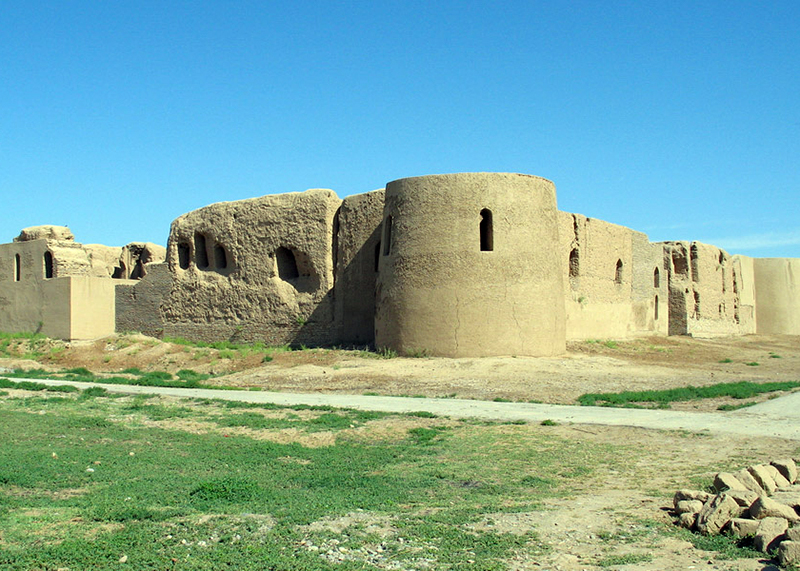 At the moment the building is almost destroyed. But even its remains make it possible to compose a fairly complete picture of its former grandeur, which amazes the imagination of visitors.

The fortress has a square shape and a very unusual architecture. There are 40 towers above it which symbolizes the number of women who, according to legend, defended the fortress from the enemies. Each of them is equipped with a corridor that is connected with others in the center of the building. Historians and architects believe that there was once a dome over the fortress. The size of the building is 54 meters and it is located not far from the central part of Termez city.

Kirk-kiz: why is it so remarkable?

Tourists will be interested not only by the look of the architecture of the building. Particularly surprising is the fact that it was completely and entirely made of adobe clay widely used at that time. Yes, it has been widely used and is being used in the construction of houses. However, only a genius could create such a construction.

Tours that include Kyrk Kyz Fortress