The Archaeological Museum of Termez: the whole history of the city located in one place

The archaeological museum of Termez was opened recently in honor of the 2500th anniversary of the city. 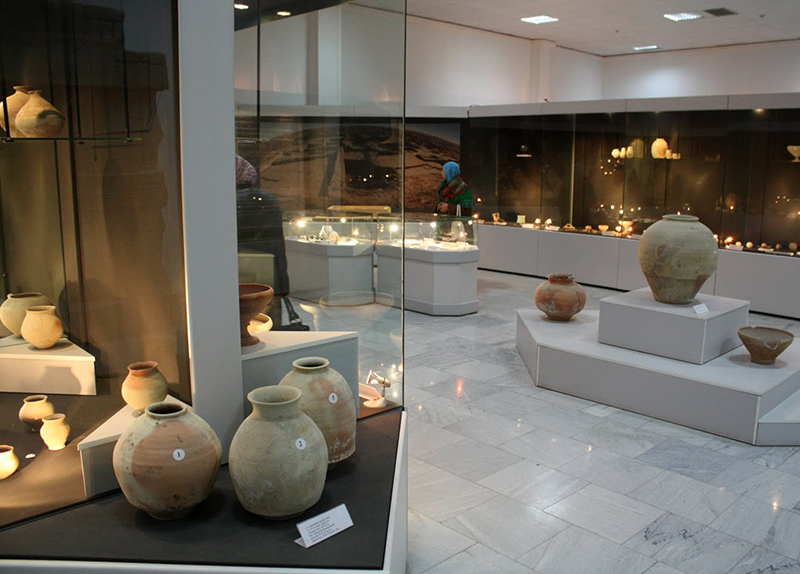 The exposition presented here is divided into 9 parts. Each of them demonstrates objects related to a particular era. The tour allows tourists to learn how the city has developed dating from the Stone Age to the present day.

The museum is also notable for the fact that it contains not only artifacts related to archeology, but also many paintings, numismatic collections, statuettes, weapons, photographs of different times and even - stone pools. In total, the building has about 28,000 different exhibits.

In addition to the above items, the museum also includes a scientific library, created on the basis of a fund that once belonged to the local history museum. It includes more than 16 thousand books and various publications. Here you can see modern publications that have historical significance for contemporaries, and the rich literary heritage of Termez scientists, the part that has survived until our times.

Of course, the works, and other materials that are written by hand, are the most valuable ones among the presented in the library. In particular, there is also a lot of books written in European languages, Persian and Arabic here.

Among the most valuable exhibits is also a map of the city with archeological monuments marked on it. The relief image adds accuracy and realism to the map. It is also interesting that all the sights marked on it belong to completely different time periods.

Who should visit the museum and when?

The museum is open daily during working hours. Here you can not only take pictures, but also take a video.

This object will be interesting for those tourists who are fond of history and archeology, as well as those who would like to learn more about the development of the Surkhandarya region. It is noteworthy that this museum is the only one in its diversity and fullness. There are no similar museums on the territory of Central Asia.

Tours that include Archaeological Museum of Termez