Khanaka Kokildor-ota was built in the XI century. It is dedicated to the religious leader and thinker known in the Muslim world. During his lifetime, he was famous for his purity. Later on he was canonized among the saints.

Despite the time, the Kokildor-ota khanaka still does not lose its popularity, and is the most esteemed not only in the country, but all over the world. Currently it is possible to see a lot of tombstones, including a tombstone set up over the remains of the great saint.

The building includes many separate rooms; it is made of burnt bricks. It should be noted that, unlike the external design, the interior abounds with various ornamental patterns and paintings

The facade is designed in an open style, and 3 tiers are provided for in its design. In the architecture of the structure one can see a full, precisely expressed symmetry and observance of proportions. In addition to other things, the facade is also equipped with an entrance that leads to the main room. The exterior does not have the beauty of design which is not typical for the east. 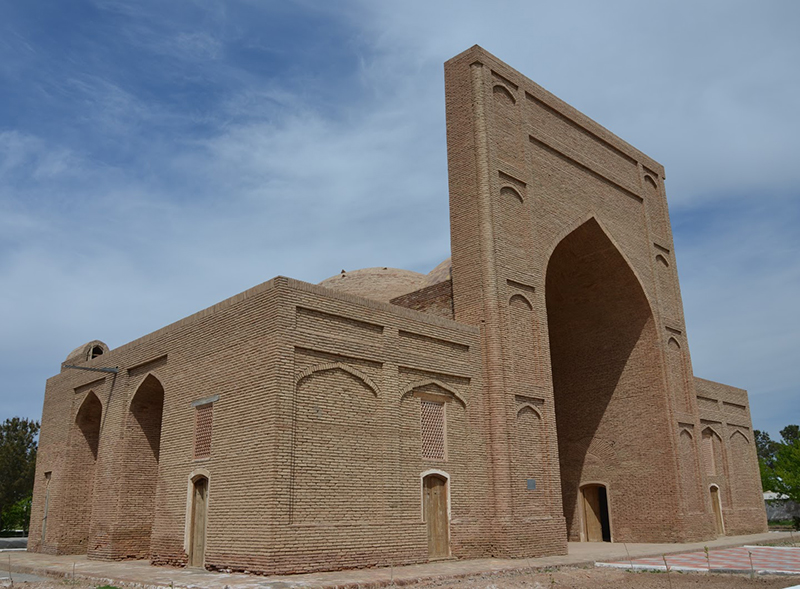 In the territory of Central Asia in general and Uzbekistan in particular, there are many similar structures that have survived to the present day. However, this one is special. And it is interesting not only and not so much for its religious significance, as for its extraordinary architecture.

The exterior decoration of the building is full of numerous diverse but invariably bright patterns. After the construction the khanaka was subject to significant reconstruction. This event made the khanaka so that tourists can see it today - grand and impressive. Such an image is not by accidental. Since the repair was carried out during the reign of Temur, it acquired exactly the appearance that was characteristic of all the structures of that era.