The Minaret of Jarkurgan was built in the second decade of the 12th century. The order to begin construction was given by San Jara, a ruler at that time. An architect named Ali ibn Muhammad Sarahsiy worked on the construction.

The building was constructed in order to encourage believers to pray in the mosque at which it was built. In the period of decline, the latter was dismantled. As well as a part of the minaret, by the way. Simply speaking, the locals just disassembled both of them into bricks that they used for their own needs. 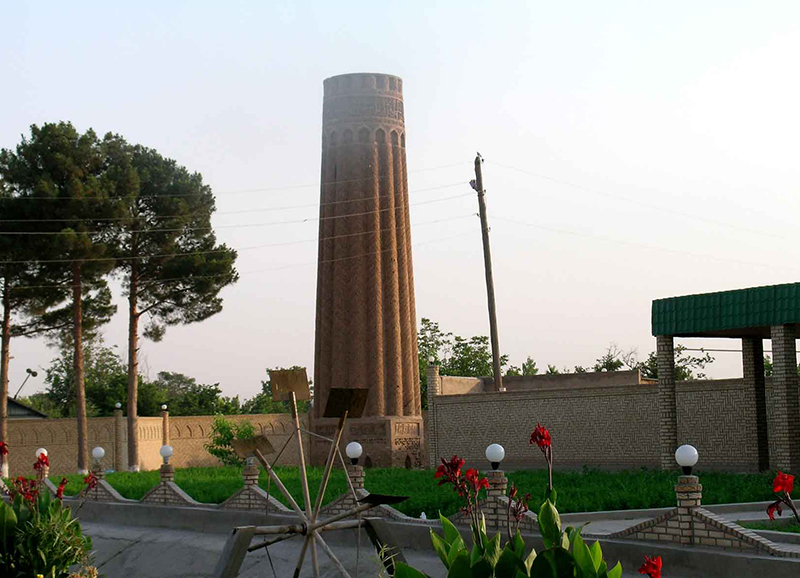 Jarkurgan and the present time

The height of this structure is 21 m, and the width is slightly less than 5,5 m. In order to admire this building it is necessary to drive 7 km from the town of the same name - to the village of Minor. It is located 60 km from Termez.

Despite almost a thousand years of age, the minaret is very well preserved. Colored ceramic mosaic also survived. The bricks, made on a gypsum solution haven’t been damaged. This particular manufacturing feature once enabled to carry out a figured masonry perfectly smoothly which was hard to perform. It should be noted that the manner of decorating the main masonry clearly traces the influence of Indian architects of that period. They were decorating the main brickwork with additional bricks, which were laid down in the form of the “Christmas tree”.

This attraction is interesting in the manner of architectural execution itself. It consists of 16 semicolumns that close together, forming a star. According to researchers, the original height of the minaret was more than 40 m. The structure had a second unit, on top of which a lantern was installed.

The minaret is interesting not only for a smooth and beautiful manner of its construction, but also the thanks to the fact that nowadays it is one of the oldest in the whole territory of Central Asia. This object is open for tourists.

Tours that include Jarkurgan Minaret