Kara-Tepe: from the foundation to desolation

The Buddhist complex Kara-Tepe or the “black hill” began to function as early as the I century. It was then that Buddhism began to flourish in the territory of Termez. However, its prosperity began somewhat later - in the II-III centuries. In this period, the monastery began to expand, and eventually was turned into a big complex. Its interior was diversified with various cult statues, and the walls were decorated with frescos.

IV century became a period of decline for the monastery as Buddhism as a religion lost its former popularity. Later the attempts to reconstruct the complex were made. However, for some reason, it was not possible to implement the plan. However, the statues were restored, the painting (although not as good as the original one) was done anew. In this period there was also a significant inflow of Indian pilgrims - Buddhists.

In the 5th century Kara-Tepe ceases to be used as a temple in general. Now it is used only as a place for burial of the deceased. There is also information that in the VIII century a Christian monastery was founded here. 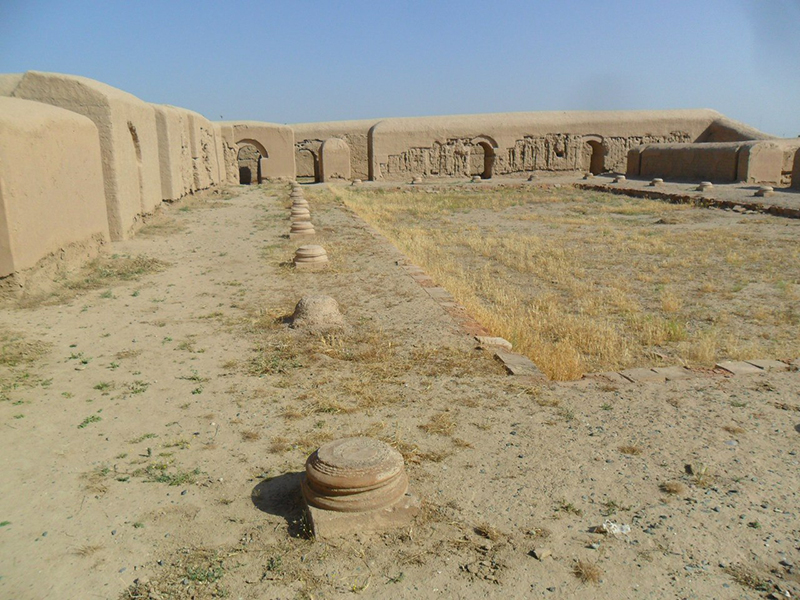 Currently the remains of the complex have become a place popular among tourists, as well as Buddhist pilgrims from all over the world. But there is no free access, since the complex is located in the so-called “red”, or, more simply, the border zone between Uzbekistan and Afghanistan. Excursions have to be arranged in advance.

This building will be interesting not only for those who are interested in history and ancient architecture, but also for those who study the history of religion. The monastery is built on 3 peaks of a hill. Outwardly the building looks very impressive, even in spite of its ancient age. It is also interesting that some of the vihars available here originally had a personal purpose. That is, only certain people prayed here.

It is possible to see a lot of inscriptions on the walls of the caves of the hill made at different times by representatives of different peoples - Arabs, Persians, Bactrians, etc.

Tours that include Karatepa Buddhist Temple