Sultan Saodat is an impressive architectural complex, important both in terms of architecture and history as well as religion. The exact date of its construction is difficult to define, because it was repeatedly reconstructed. Historians date the construction back to XII-XVII centuries. Initially, this building had the status of the tomb of members of the Seyid dynasty of Termez. Many also believe that one of the buildings performed the tasks of a mosque.

Initially it had only two mausoleums which were united by an improvised memorial mosque - a vaulted ayvan with a mihrab built in it. The mausoleums were also covered with domes. It is believed that they were built in the XI-XII centuries.

Completion of the complex began in the XV century. During this period several new mausoleums and other buildings were built here. However, time did not spare decorative elements. Currently there are only fragments that had fortunately been preserved from the former magnificent decoration.

XVI-XVII centuries also became a period of active development. In particular, several new, more modern mausoleums appeared on the territory of the complex. 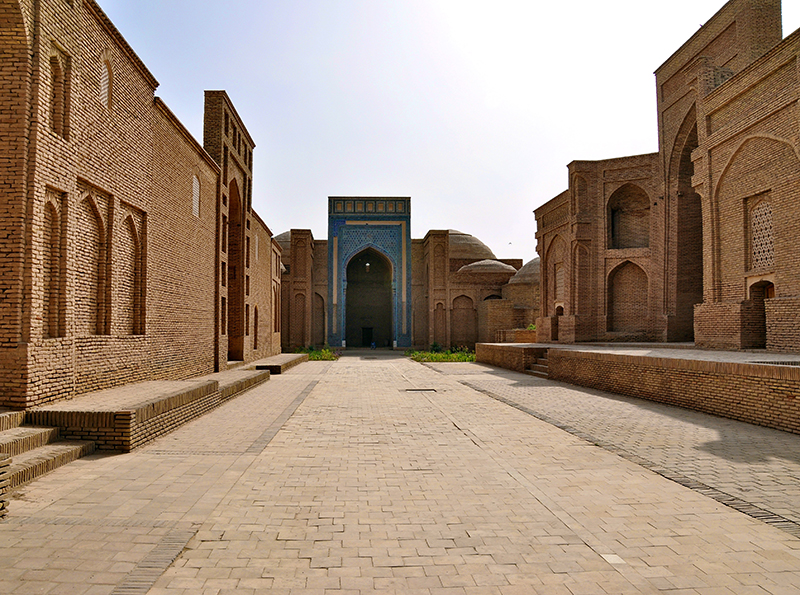 Sultan Saodat and the present time

This complex has survived to the present day. Today, it includes several religious buildings built during different time periods. In particular, several khanakas, mausoleums and Muslim mosques were built on the territory of the complex. They are located around the perimeter of the building. Unfortunately, today the visitors of the complex won’t be able to see all the buildings. Initially, there were more than one hundred and fifty buildings.

It should be noted that both mausoleums are made not only of the same material, the style of their design is identical as well. Laying bricks in the form of “herringbone”, peculiar to Indian architecture, advantageously emphasizes the decor. Majolica tiles, which can be seen here today, were laid somewhat later - in the XV century. The complex is located 3 km away from Termez city.

Sultan Saodat: what should a tourist know?

All the buildings here are made in a single architectural and design style. If you do not know that they were built in different periods, you can consider them as the creation of one architect.

The complex is also interesting from the point of view of the architectural solutions used here, and as a cult structure. Although it is worth mentioning that due to the situation in Afghanistan and the neighborhood of the state border, this place of interest has lost its former popularity.

Tours that include Sultan Saodat Complex