Baysun is perfect place for tourists who are eager to plunge into the world of old traditions and pagan rites. It received the status of the city recently - in 1975. It is located in Surkhandarya region. Tourists are attracted not by the city itself, but hard-to-access and therefore perfectly preserved nature and ancient villages in the mountains of Baysuntau ridge.

How to get to Boysun

The most convenient way to get to Baysun is to take a car. You can also use the railway transport: two night trains depart from Tashkent to Baysun every night.

The weather in Baysun is not too hot, especially in the mountains. On average, in the summer, the air temperature warms up to 30 degrees. In winter it drops to -10. So, the best time for a trip to Baysun is the summer months.

What to see in Boysun

In general, the outskirts of Baysun can be called one big attraction. As well as the city itself, where locals kept a lot of ancient traditions to this day. In Baysuntau mountains there are a lot of picturesque authentic villages.

Note: Baysuntau caves are the longest that exist in Central Asia. Therefore, it is not recommended to try to go there without an experienced guide.

We should tell more about Teshik-Tash cave.

It was where the scientists discovered the remains of the famous Neanderthal boy. This event occurred in 1938 and attracted attention of the public around the world.

As the scientists have found out, at the time of death, the child was only about 10 years old. The place of burial was not accidental. The remains of animals found around the skeleton let the archaeologists to say with certainty that the funeral had a pronounced ritual character. The portrait of the boy based on the remains is kept today in the museum of Termez.

A whitewashed stone of white color was also found here. The locals called it Teshik-Tash (Leaky Stone) and considered sacred. The cave got its name in its honor.

According to the popular belief, Teshik-Tash has a healing power. People who live in the city confirm that sick children who passed through the stone are healed the next day.

Going to Kugitanga mountains, you will also see the vivid examples of rock art or petroglyphs. Of course, the drawings are not very aesthetic, but this fact does not diminish their historical value. They depict a hunt for bulls. According to archaeologists, the pictures refer to the period of the Mesolithic.

Do not lose the chance to visit Omonkhon spring. Annually, thousands of pilgrims from all Central Asia come here. According to legend, water from the spring has the power to heal any disease. As the results of the analysis showed, the water here is indeed curative. In particular, it is useful to people suffering from kidney and liver diseases.

The most vivid (on the level of preserving the cultural heritage) villages of Rabat, Kofrun, Padang and Derbent are further on the route. A lot of plane trees and walnut groves, in the depths of which mountain springs murmur, grows here.

Until now, the local people use only ancestors' methods of the land sowing and cultivation. In particular, conventional plow with a horse or ox is harnessed is used for plowing.

It is also worth to see the local folklore dances.

Tours that include Boysun 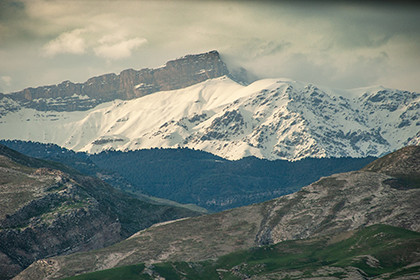 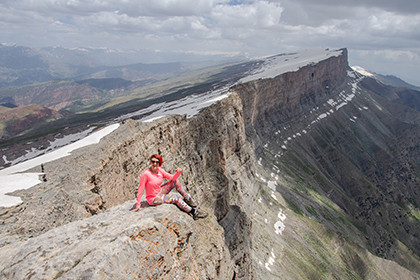 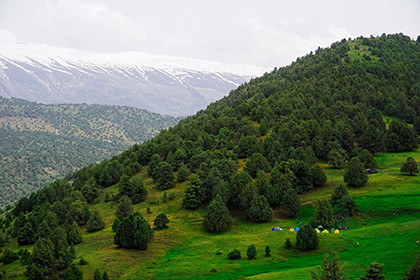 Things to do in Boysun

The first thing you should see on arrival to the city is the home of a local. As a rule, it is abundantly decorated with handmade carpets, as well as with various embroideries and suzane.

Household items - chests and dishes are the same artfully executed and decorated.

In the courtyard of any house in this city you can see a traditional clay tandyr - an oven used for baking bread. By the way, the flour here is still grounded by hand. Water mills are also used for grinding. The grain is also grown by hands.

The clothes of the local people also look colorful. It is decorated with various intricate ornaments and patterns.

Baysun has been famous for his craftsmen from time immemorial. Since it has not changed much since its founding, various branches of craft art continue to develop here to this day. By the way, the craft here is passed from father to son just as in the ancient times. In Baysun, you can buy:

Where to stay in Boysun

In Baysun you can stay in the house of any local. Preferably, with prior arrangement. You are unlikely get air conditioning and jacuzzi, but the impressions of being here will last for a long time. Besides, you can also try the local cuisine.

Baysun people, like all Uzbeks, are very hospitable people.

As for hotels, the first hotel "Gaza" was opened here only in 2016. 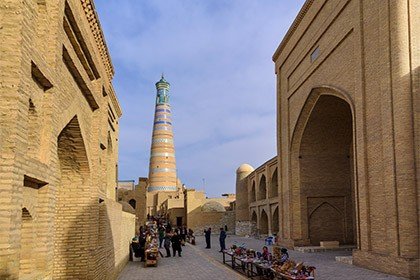