This mysterious plateau near Samarkand is enveloped in tens of mysteries and legends. Not every tourist dares to visit it, only non-believers and extremals. And the reason is that this place bears in itself a mystical energy, comparable to when a person can not believe his eyes and even more so explain what is happening. The Demon Plateau is just like that. In Uzbek it sis called "Shaitan Zhiga" and is translated as "Helmet of the Devil". The name alone arouses great interest, but imagine what a tourist feels facing hard-to-explain statues on the plateau? Let's try to describe these mixed feelings and show you into this mysterious atmosphere.

You can close your eyes and begin to plunge into the mystic of the ancient world. Imagine how a bloody war is going on between Good and Evil, between Light and Darkness. Everything rages and shakes around, granite stones fly with great force and strike their enemies. The earth shudders, and the noise of crashing boulders resonates with the rumble of rocks. It looks like a destructive earthquake, caused by the wrath of the Higher Powers. With an unknown outcome, the war is coming to an end. Nature begins to recover, and the soil is reborn. Years and centuries go by, a severe battle grows with myths and legends. What is left after that? An indelible mark in the form of rugged and quaint stones, looking like water and fire elementals. These remains of natural elements have for many centuries made a person experience feelings of suspense and curiosity. That’s exactly what a tourists feels on this trip. 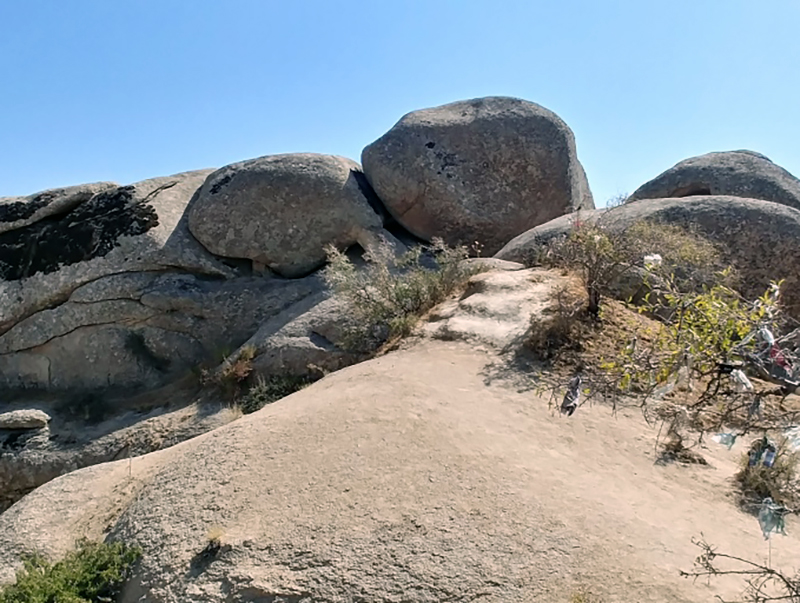 But the appearance of these stones can be explained not only in a mystical way. As local residents say, once upon a time on a high plateau mysterious rituals were held by local pagans. Wizards gathered around the altar and performed sacrifices. Maybe that's why there are almost no trees and flowers growing on this land. Only in spring small water sources break through, reminiscent of the victorious or defeated water element.

Of course, there were no real mystical cases here and all the intricate stone-figures can be explained by the tricks of nature. But it's so nice to touch the unknown and unusual. After all, the place is very picturesque, even in its own way "terribly beautiful" and certainly deserves attention. Come to conquer it, study its puzzling outlines and enjoy the game of nature, which turned the Demon Plateau into a unique landmark of Urgut. Strong impressions, full of vivid emotions are guaranteed to remain in your memory. And pleasant memories are a good reason to come again!