Madrasah of Ulugbek is an ancient educational institution that was built in 1417 on Registan Square in the ancient city of Samarkand. It was built by Mirzo Ulugbek himself, the grandson of the great Amir Temur. Hundreds of students had been studying in darskhnonas of the university for 10-15 years. The study was free and consisted of 3 stages: basic, medium and high. Especially successful students got scholarship.

The building was 2-storey, there were classrooms on the first floor and small rooms for students' accommodation – on the second floor. There were also a large library and aivans for rest. Such famous scientists of the time as Kazizade Rumiy, Giyosiddin Jamshed, Mukhammad Khavofiy and Ulugbek himself taught at the university. Students studied mathematics, astronomy, music, theology, geometry and other important sciences. An interesting feature of the madrassah was the mosque, where students went to pray on Fridays, on their day off. 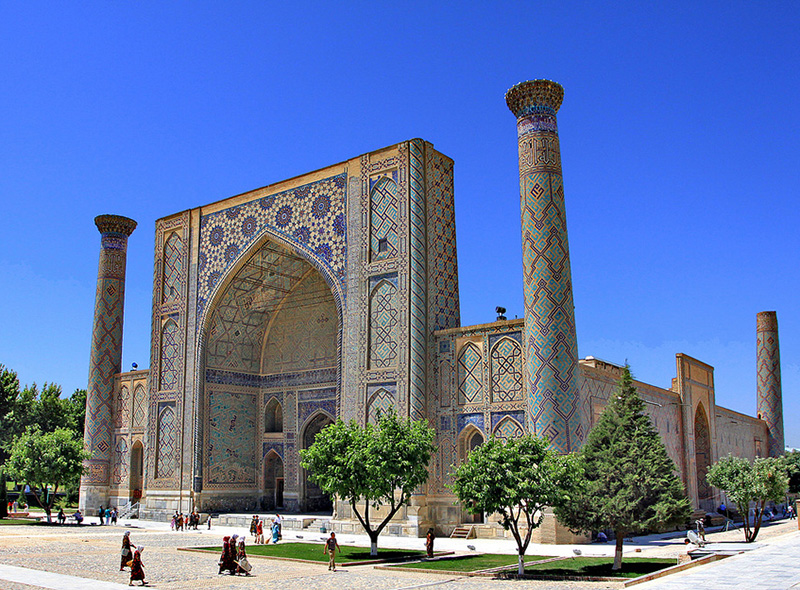 The madrassah was built in the classical oriental style, richly decorated with majolica tiles, colored mosaic, carved marble, and carved verses from the Holy Quran, hadiths and other wise sayings on the walls. A peculiarity of the madrasah's ornament, which distinguished it from the others, was stellar theme with astral notes, which is not surprising, because Ulugbek was famous for its extensive knowledge of astronomy.

Unfortunately, the ecclesiastical educational institution has not survived till our days in its original form; the blue domes and hujras were destroyed, the walls were shaken and the building became dilapidated. At the end of the 20th century, restoration work was carried out, the portal and minarets were rebuilt, huge work was done to restore the former appearance.

Tours that include Ulugh Beg Madrasah 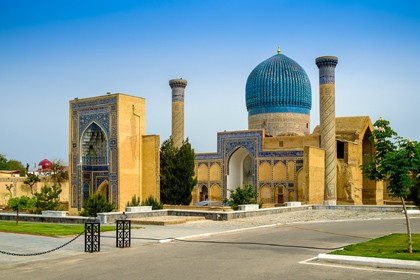 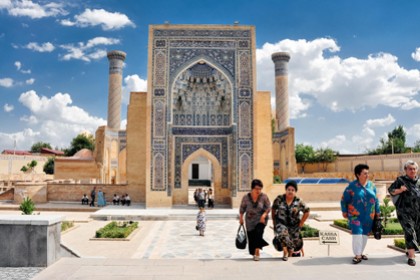