The ancient settlement of Afrasiab is the ruins of a huge ancient city in the northeast of today’s Samarkand. The city is known for such famous ancient buildings as "Shakhi-Zinda" mausoleum, the grave of Saint Daniyar and other historically important architectural objects. Afrasiab was founded in the VIII - VII centuries BC by the ruler of Turan, Afrosiab, who was anthemed in the famous "Shakhnameh" - the national Iranian "Book of Kings". The settlement was huge, more than 200 hectares of land, and in the south and north it was protected by river cliffs and deep caves. Scientists suppose that Afrosiab was once the great Marakanda, the capital of Sogdiana, the oldest historical region in Central Asia. 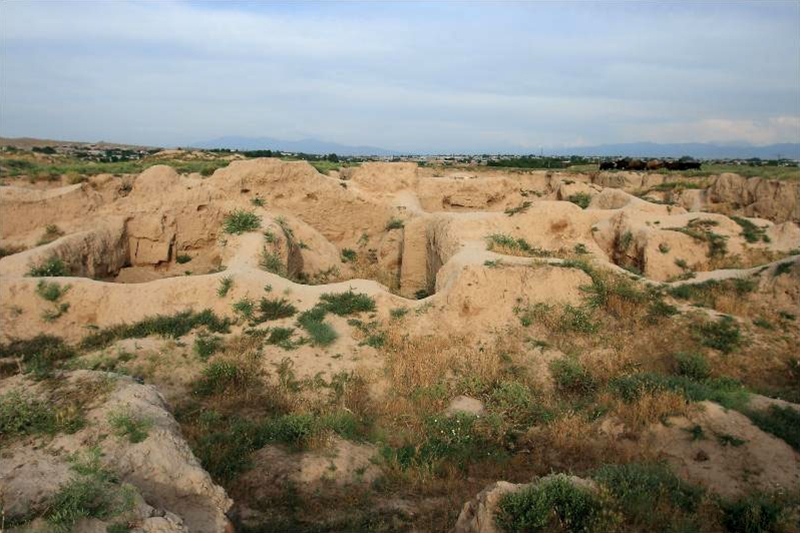 During the excavations, the scientists and archaeologists discovered that once there was a turbulent life on the site of the city. A powerful citadel, a defensive wall that served as a defense against attacks, was built, behind which the city life flourished. Temples, handicraft workshops, caravanserais (rest houses for travelers), bathhouses, residential buildings and bazaars, as well as a huge palace of the ruler were built. One of the walls of the palace with the image of a queen on a white horse has been well preserved until now. As scientists believe, the painting depicted a wedding ceremony. During the excavations, various figurines, ornaments, ceramic products, knives, unique frescoes were also found; production of Chinese paper was well established in the city, and the water pipeline was functioning. Afrasiab was wiped off the face of the earth in 1220 by the order of Genghis Khan, the founder of the Mongolian empire.

Today, once a lively and noisy city is complete ruins, endless ravines and hills. Despite this, curious tourists still find fragments of frescoes, ornaments or coins here.

A high-speed train "Afrasiab" runs daily in Uzbekistan. Every day hundreds of tourists make trips to Afrasiab, "city in the city" as it is called by the locals, in order to wander through the old neighborhoods and imagine how powerful and beautiful it was hundreds of years ago.

Tours that include Ruins of Afrasiab Settlement 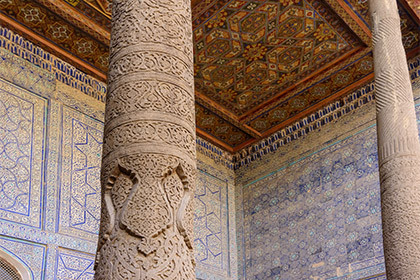 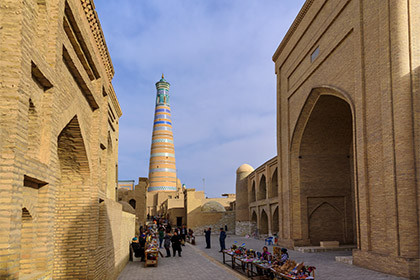