Rukhabad Mausoleum was built in Samarkand in 1380 under the order of the great commander Amir Temur. A well-known mystic scientist and theologian of that time Burkhaneddin Klych Sagardzhi, who was famous for the spread of Islam in Samarkand and China, is buried in the mausoleum. He was an influential person in court of the Yuan dynasty, his wife was a "Chinese princess". Burkhaneddin Sagardzhi died in China, but he bequeathed to bury him in the beloved city of Samarkand. Rukhabad, or "Abode of the Spirit", is a modest mausoleum, where one can feel the simplicity of worldly life, was built above his grave. There was also a madrasah in the mausoleum, and in 1880 a mosque in Chinese style and a high minaret were built next to it.

The memorial complex was different from the typical structures of the period of Amir Temur's reign, namely, it did not have the usual entrance portal, the mausoleum was single-domed, and the decor was made in ascetic manner, without superfluous furniture and luxury. Perhaps this is because the Islamic preacher was a member of the dervish community and lived a modest, simple life full of pilgrimages and worship of Islam. 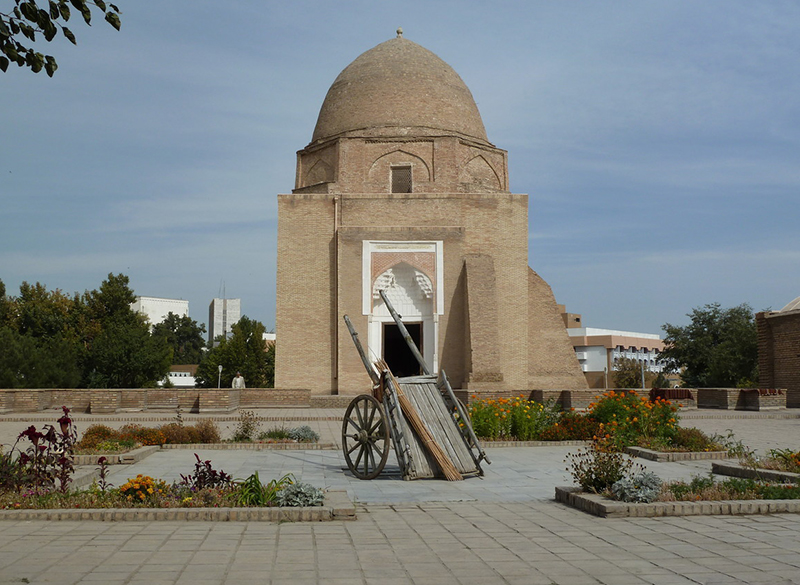 There is a story telling how Burkhaneddin Sagardzhi was sent to Samarkand to strengthen the faith of the people in Allah. Having a strong gift of persuasion, the great theologian fulfilled the task and the people of Samarkand gained unshakable confidence in Islam. According to another legend, the mysterious mystic has a sacred box, which contained 7 hairs from the beard of the great Prophet Muhammad. The box was immured in the yellow dome of the mausoleum when the theologian was buried. Since then, there is a great interest among tourists and local pilgrims in the cult building of the XIV century. Believers come to pay tribute to the memory of the famous Islamic righteous man who made a great contribution to the spread of Islam.

Tours that include Rukhabad Mausoleum 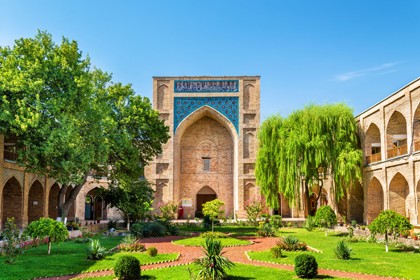 Hush Kelibsiz or Welcome to Uzbekistan! (Economy)
5 days / 4 nights
from $390 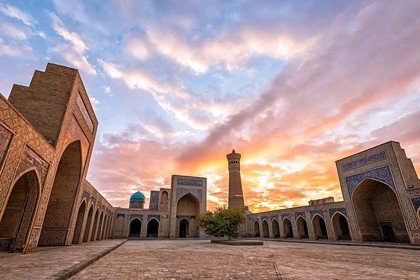 Hush Kelibsiz or Welcome to Uzbekistan! (Comfort)
5 days / 4 nights
from $490 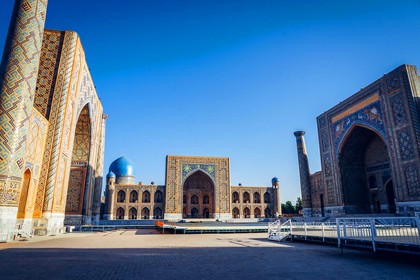