The grave of the Saint Daniyar is a unique burial place of the saint, revered in all three world religions: Judaism, Islam, and Christianity. It is located on the high hill of the ruins of Afrosiab in the outskirts of Samarkand, on the coast of the Siab River. The Muslims call him the prophet Khoja Daniyar, the Jews – the prophet Daniel, and in Christianity he is known as the prophet Daniil. Why is the saint worshiped by pilgrims of different world religions?

In the Jewish religion, the prophet Daniel was close to the Babylonian king Nebuchadnezzar thanks to his successes in science, art and wise interpretation of dreams. In his old age the prophet moved to the ancient city of Susa, where he died and was buried in the royal mausoleum. 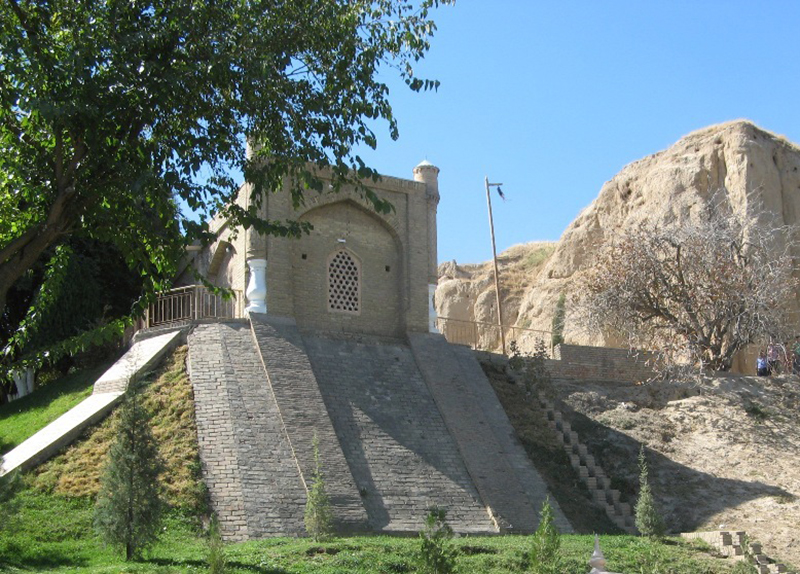 In Islam there is another version. Prophet Khoja Daniyar is considered an ally of Kusam ibn Abbas, known as a cousin of the Prophet Muhammad. During the military campaign of Amir Temur to Asia Minor, the great emir and his army could not conquer the city of Susa. The local sages told the astonished invader that the city was protected by the remains of the Saint Daniyar. Amir Temur went to the grave of the saint to take a handful of holy soil and take it to Samarkand. But the camel caravan stopped unexpectedly on the way home, near the city. It was considered as a sign from the heaven and it was decided to erect a mausoleum in that place.

There is a lot rumors and legends about this unique grave. According to one of them, the grave has been growing from year to year by a couple of centimeters, and that’s why its current length exceeds 17 meters. Another one says that it was deliberately made big, so that no one could find the holy relics and steal them. There is a holy spring with cool healing water near the grave, and a dried 500-year old pistachio tree that suddenly blossomed in the courtyard after the consecration by the Moscow Patriarch. Either this is truth or fiction, but the place is really charged with an amazing energy that tourists and pilgrims from all over the world notice. This is it, the unique sacred place where religions and multilingual believers meet with one common goal – to pray and find peace of mind.

Tours that include Tomb of Prophet Daniel

The Heart of Central Asia. Tour to Uzbekistan from Moscow (Comfort)
8 days / 7 nights
from $505
More tours

Excursions that include Tomb of Prophet Daniel