Imam al-Bukhari is a well-known Islamic mufti, theological scholar, author of thousands of hadiths (legends about the actions and sayings of the prophet Muhammad), was born in 810 in Bukhara. He is the author of the famous Muslim book "Al-Jomiy as-Sakhikh", the second after the Holy Quran Muslim book, that had been written for 16 years. Its name translates as "Authentic Collection".

From the childhood, Imam al-Bukhari was distinguished by an excellent memory and at the age of 7 he learned the Quran. Throughout his life he collected a huge number of legends, wrote many religious books, the most famous among which is "Tarikhi Kabir", which means "Great History". After its publication, Imam al-Bukhari began to teach all comers, since he believed that studying positively affects the development of society. 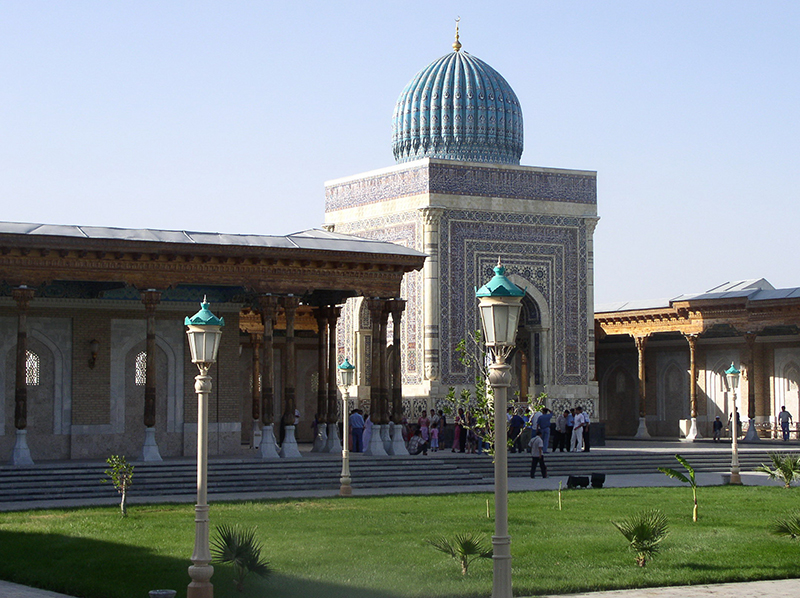 The great mufti died in the late 9th century in the small village of Khartang, near Samarkand. A mausoleum was erected on the site of his burial, and it immediately turned into a famous place of pilgrimage. After many centuries the mausoleum lost its beauty and fastness, the walls could no longer withstand and the building became unusable. The memory of the sacred place was restored in 1998. A huge memorial complex with a territory of 10 hectares was built in accordance with the laws of national architecture under the decree of the President of the Republic of Uzbekistan. It included the mausoleum of Imam al-Bukhari of 17-meter height, a mosque accommodating 1500 parishioners, an educational center for studying of hadiths, a museum and a library with hundreds of Islamic manuscripts. In the courtyard there is a small pond with water, which has healing properties, and perennial plane trees, "trees of wise men", grow around.

A special reason to visit this holy place is the main shrine of the Islamic religion – traditional veil of Kaaba, decorated with patterns made from golden threads. A piece of the sacred kiswa was presented by the head of Saudi Arabia as a sign of respect and veneration of the famous theologian. Thousands of Muslims come to this cult place as the pilgrimage to the mazar of Imam al-Bukhari is of the same importance as a small hajj, that is mandatory and desired for every believer.

Tours that include Mausoleum of Imam al-Bukhari 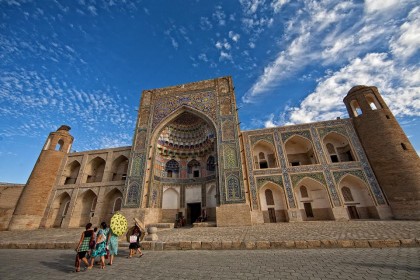 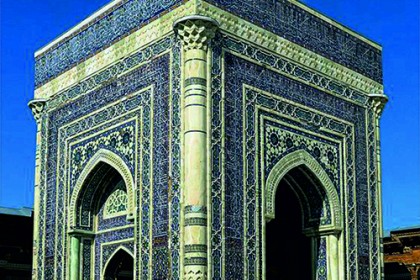 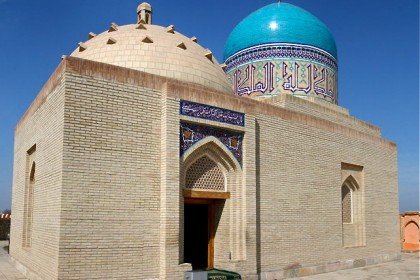 Excursions that include Mausoleum of Imam al-Bukhari