Registan Square is the largest and most remarkable sight of the ancient Samarkand. Located in the heart of the city, it absorbed all the beauty and greatness of the rule epoch of Ulugbek, the grandson of the great commander Amir Temur. The square strikes everyone with its scale and skill of the builders. Registan complex consists of three magnificent madrassahs: Ulugbek madrassahs, Sherdor and Tillya-Kari. Their construction dates back to the 15th century. In 2001, the Registan ensemble was included in the UNESCO World Heritage List, which testifies its greatness as a cultural property of all mankind. 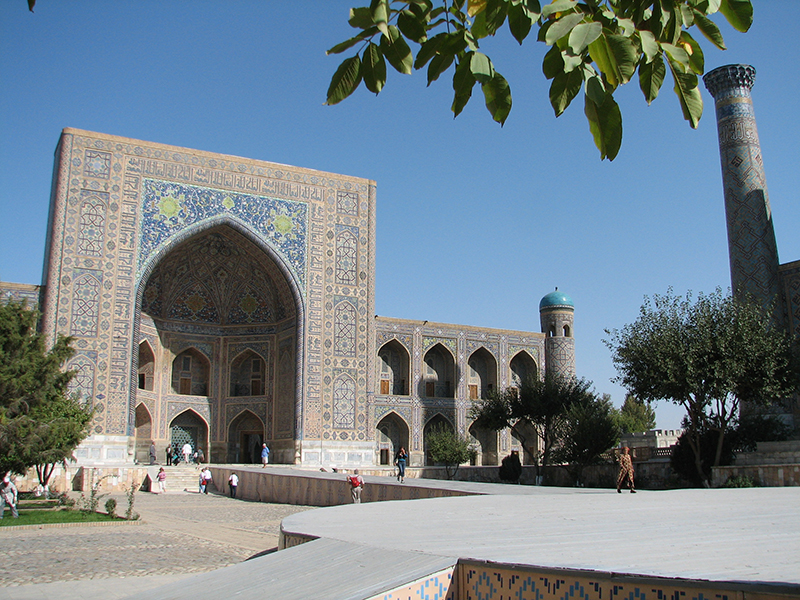 There are legends that fierce fights and public executions took place on the site of the Registan Square, and in order for the blood to be imperceptible to the crowd and well absorbed, the ground was covered with sand. Perhaps, that is why the square was called "Registan", which means a place strewn with sands on Farsi language. There is also a belief among the locals that if you stand exactly in the middle of the square facing the Tillya-Kori madrassah, which was not only university but a cathedral mosque, you can ask God to fulfill your cherished wish. And it will come true.

Then and now: what's new?

During the reign of Amir Temur, the square was the place where the rulers' orders were issued, and main news were reported. It was the starting point for troops going to war. Later, Ulugbek turned the square into a center of science and education, he built universities, invited scientists. Through different epochs, one remains unchanged – till today, Registan Square has been the place of gathering of traders and traditional craftsmen. You can find everything here – from ceramic national miniatures to hand-embroidered carpets, from painted dolls to jewelry, from engraved knives to elegant paintings. National themes can be found in every kind of craft, and anyone can buy a souvenir as a memento. Anyone who wants to visit this wonderful place can feel himself as a part of that ancient epoch, feel the atmosphere of the ancient city, located along the Great Silk Road, touch the eastern world, the real eastern fairy tale.

Tours that include Registan Square

Excursions that include Registan Square