The East Pearl. 5-day tour to Uzbekistan from Moscow (Lux) 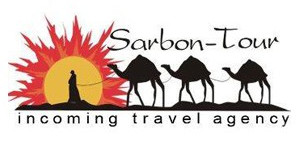