Top of the most famous ancient cities of Central Asia

Speaking about the most famous ancient cities of Central Asia, the first that come to mind are Samarkand, Tashkent and Bukhara. But do not forget about such ancient cities as Khiva, Termez and Shakhrisabz, especially since the latter is the homeland of the great commander and national hero of Uzbekistan - Amir Temur.

All these cities truly represent the entire history and color of Central Asia. So do not miss the opportunity to visit them.

Samarkand – the legendary capital of the ancient empire

Take, for example, Samarkand - one of the oldest cities in the world! A real key point on the Great Silk Road, full of architectural masterpieces: Registan ensemble, Ulugbek observatory on the Kukhak hill, complex with the intriguing name "The Living King" (Shakhi zinda), family burial vault of the Temurids (Gur Emir), epic mosque "Bibi Khanym", built by Temur for his wife and many other unique buildings. 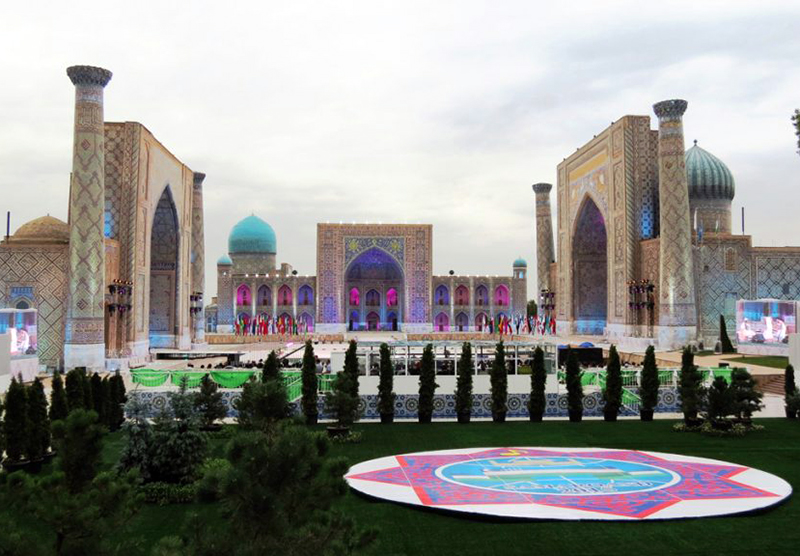 Samarkand conditionally gained the status of the second homeland of Temur, while the first is considered to be the ancient Shakhrisabz. After all, it was in Shakhrisabz that the great emir was born and spent his youth, engaged in hunting and military art. It was here that the grandiose residence of Temur was built - the palace of Aksaray. Huge in size, its construction began in the distant year 1380 and it is still partially preserved to this day. Isn’t it great that in the modern world we still have opportunity to see the "remains of antiquity" with our own eyes, and not in books or through other media.

In the east they highly respect and remember their heroes, and therefore the very center of Shakhrisabz is decorated with a monument to Amir Temur. 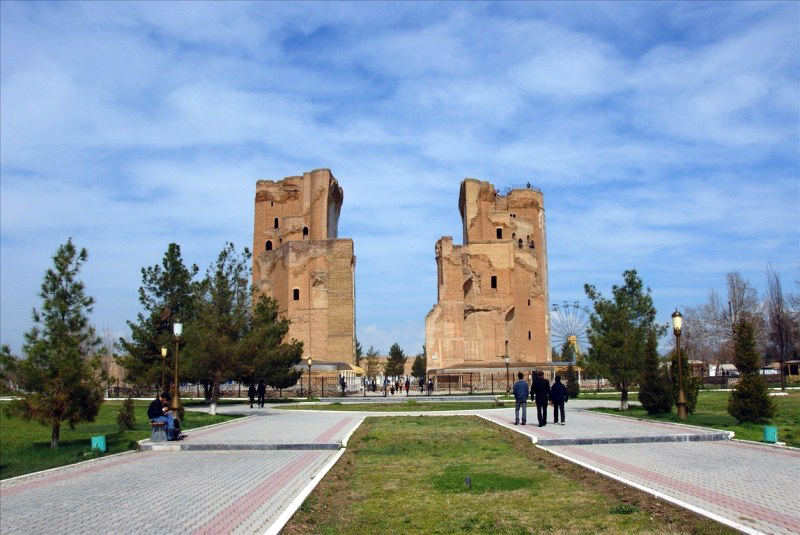 Tashkent – a combination of antiquity and modernity

Do you know what other city can boast of the same monument? Of course, Tashkent – the capital of modern Uzbekistan. On one of the main squares of the city - the Amir Temur square, proudly towers another sculpture of the commander, this time - on a battle horse. The square is always crowded with tourists and local residents. Excursions around the capital almost always include this square and monument in their routes.

Arriving in Tashkent, it may seem that this modern city is filled with high-rise buildings and business centers, but there are still plenty of ancient places that are so interesting for tourists. The mausoleum of Kaffal al-Shashi, Madrasah of Barak Khan, ensemble "Khazret-Imam", complex "Shaykhantaur" and "Zangiata" – these are just some of the of ancient sights of Tashkent. 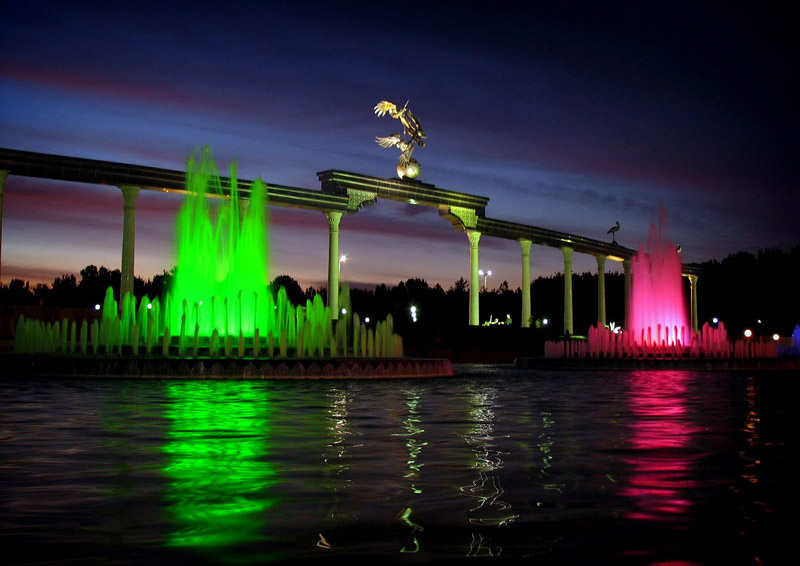 Bukhara - a casket of antiquities

We move on. Making up the top of the most famous ancient cities of Central Asia, it is impossible not to include Bukhara, Khiva and Termez into it. Bukhara is considered one of the most visited cities in Uzbekistan and this is understandable – this city has an unprecedented number of ancient sights. Just imagine, when you arrive in Bukhara you can visit several dozens of unique buildings: traditional mosques and madrassas, the famous Ark fortress, Poi-Kolyan and Lyabi-Hauz ensemble, sixteenth-century trading domes and Bukhara baths, the Emir's summer residence and the Naqshbandi Sufi memorial complex. And this is only a small part of the sights of the fabulous Bukhara. 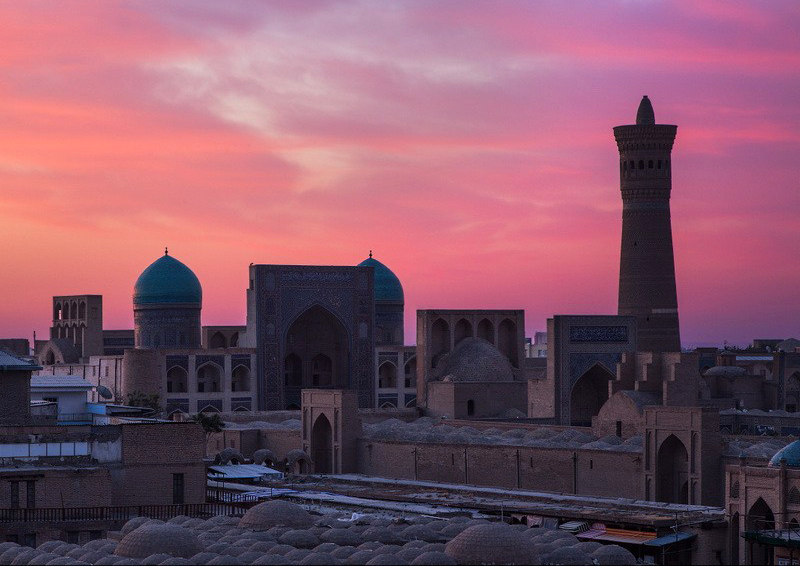 Khiva - "city-museum", striking with its beauty

The city of Khiva, the pearl of the Khorezm oasis, is also rich in architectural monuments. The whole world knows Khiva for its unique "city inside a city" - Ichan-Kala, minaret of Kalta-Minar, fortress of Kunya-Ark, the magnificent mosques and madrassas, and the unusual fortress "Kyrk kyz" ("fortress of forty girls"), covered in legends. What can we say, even the foundation of the city itself is associated with a well dug by the decree of the son of Noah. True or not, the well does exist today. 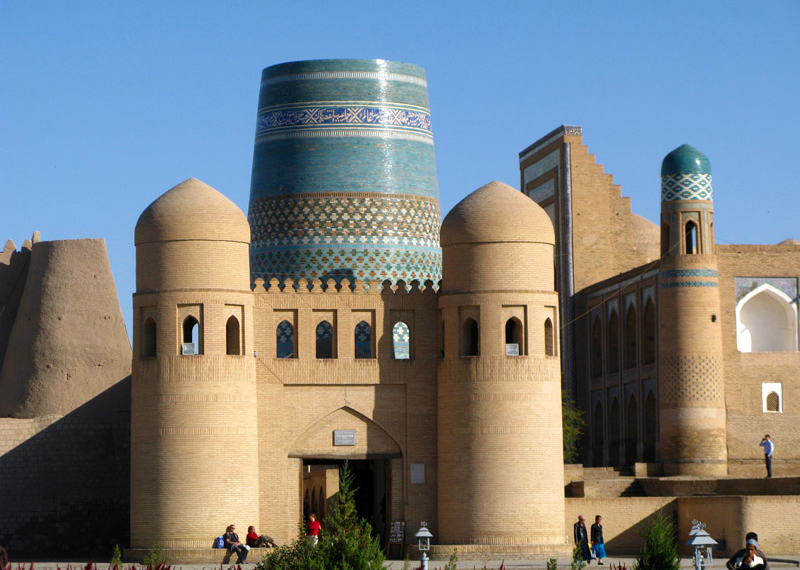 Termez – the Buddhist center of Uzbekistan

Well, the last but not least on our list is Termez - the southernmost city in Uzbekistan. Previously, it was called Demetris and Ta-li-mi. Bactrian, Islamic and predominantly Buddhist religions are popular among the population of this region. Such a merger could not but affect the style of architectural masterpieces of antiquity here. Among them: Buddhist complex "Fayaz tepe", family burial vault Sultan-Saodat, Djarkurgan minaret, Alexander Nevsky temple, Aral-Paygambar reserve with the mausoleum of the Prophet Zu-l-kifl (Ezekiel) and other sights.

That’s how we see the top of the most famous ancient cities in Uzbekistan, which must be visited, in order to feel the true oriental spirit and to feel how rich the history of Central Asia is. And although this list can be continued indefinitely, it is these six cities that very vividly represent the culture and life of the ancient world. 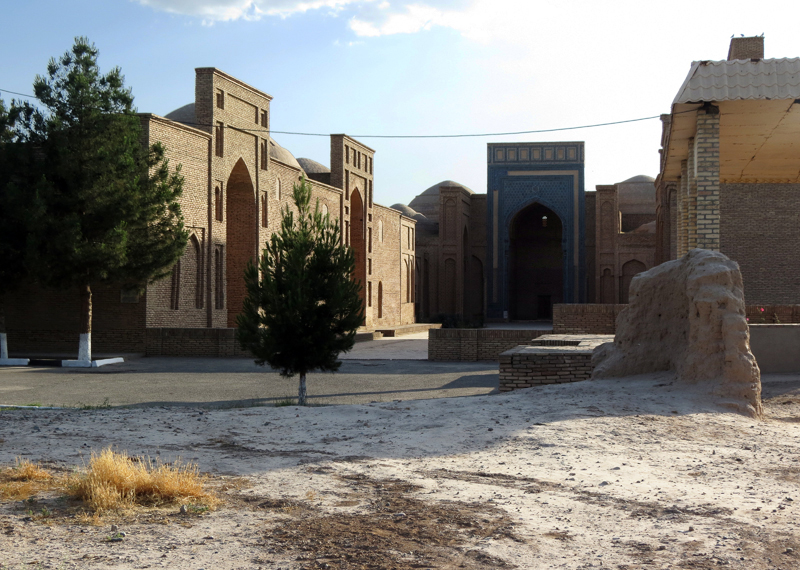